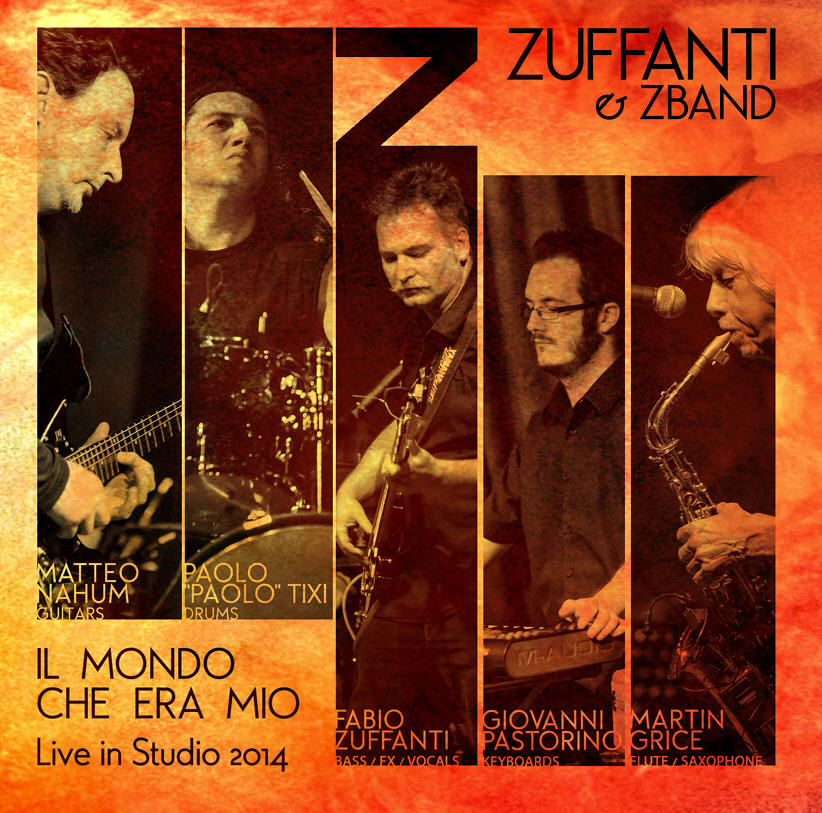 One of the most prolific personalities in the current Italian progressive rock scene, composer, bassist, and bandleder Fabio Zuffanti has been a key member of many superb bands and projects, including Finisterre, Höstsonaten, La Maschera di Cera, LaZona and many others. Some may not be aware that he also has a half dozen or so releases under his own name, the latest of which is La Quarta Vittima from 2014, and it is from the 15 date tour of Italy, Holland, Belgium and Canada that followed its release that the idea for a live album of the material they were performing sprung. With every attempt to capture one of these live shows, technical difficulties arose that nixed hopes for an album recorded in front of a live audience. So on July 29th, about two weeks after the last date in the tour, the band booked some studio time in order to do the next best thing – a live-in-studio recording of some of the same material they played on the road. The band is something of an Italian supergroup, with Zuffanti on bass, pedals and vocals, keyboardist Giovanni Pastorino is involved in the Gleemen reunion (pre-Garybaldi band), departing guitarist Matteo Nahum has been playing with La Maschera di Cera, Martin Grice is the sax and flute player with the legendary Delerium, and drummer Paolo Tixi comes from Il Tempio delle Clessidre. For this single disc release, the best of the set was chosen – “Non Posso Parlare Più Forte,” “Una Sera D’inverno,” and the title track from La Quarta Vittima join “Notte Transparente” (from Maschera di Cera’s Petali di Fuoco), “Rainsuite” (from Höstsonaten’s Winterthrough), and “Orizzonte Degli Eventi” and the title track from Finisterre’s In Limine for a near-capacity disc of superbly performed pieces from Zuffanti’s projects past and present.

Neil Rolnick - The Economic Engine – American composer Neil Rolnick has been working in the intersection of music and computers since the 70s, and this recent recording presents fully realized visions of several directions you can go...  (2010) » Read more