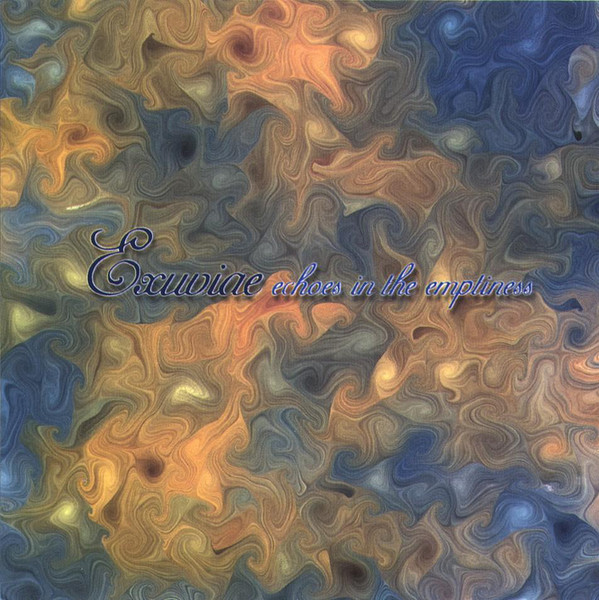 It wasn't but a few months ago that I had finally gotten around to playing Exuviae's third release. Somewhere after the turn of the 00s it seems the market took a pretty sharp dive on ambient CDs, and if I'm not mistaken, this debut by synthesist Brooks Rongstad was maybe the only factory pressed CD under this name — the rest ended up as CDRs or downloads. For me this is one of the classic ambient electronic albums from a great musical era when it seemed like most of the artists in the field could do no wrong. And I was reminded of Exuviae a great deal when listening to Forrest Fang's Sleepwalker's Ocean recently because both just have such powerful, dense, warm atmospheres and sustained chords, so much ethereal beauty to behold, a style that seems a lot rarer these days or at least relegated to the very underground. Echoes was released on the unfortunately short-lived Green House label, but like many of that era's releases even though they're long out of print they haven't appreciated on the collector's market and can still be found quite inexpensively. This classic debut, which really should have gone in my previous tier, is just so uplifting and warm, angelic without being new agey or twinkly, cosmic and wistful all at one. I think eventually this one will probably be lost in time, so it's a good idea to grab one while you can. And you can also find Exuviae's follow-ups on line with a search, many of them are provided as free downloads.