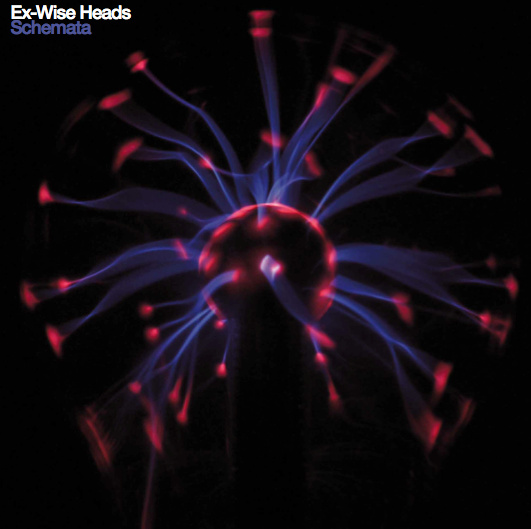 In the frenzy to keep up with all the new releases that come out every month, it’s still worthwhile to keep an eye and ear out for things that slipped through the cracks and escaped notice when they came out. Ex-Wise Heads is a group I only became acquainted with recently, though they’ve been active since the late 90s. Schemata is their most recent release and dates from 2011. Ex-Wise Heads is the duo of Geoff Leigh and Colin Edwin, and given their histories (Leigh in Henry Cow, Edwin in Porcupine Tree), you might not expect to hear music heavily influenced by styles from Asia, Africa, and places in between, interpreted in a way that blends jazz and electronics. Leigh plays flute and soprano sax along with zither and jaw harp; Edwin is on various kinds of bass (fretless, fretted, and upright) plus keyboards and programming. They are joined throughout by percussionist Rick Edwards, a veteran of sessions with Porcupine Tree, No-Man, and others; Rajan Spolia contributes acoustic guitar to one track. While it can be said that this kind of hybrid world music has been done before, Leigh and Edwin bring their talents and sensibilities to bear for a distinctive result. When Edwin’s fretless bass takes the lead, I’m reminded a bit of Mick Karn’s solo work like The Tooth Mother, but the fat sound of the upright bass adds a different flavor. Leigh’s playing is amazingly fluid in all manner of modes from around the world, with both flute and soprano sax brightening up the music with melodies and improvisations that dance on the ears. From the sound of it, percussion includes occasional kit drums (either real or programmed) plus a variety of African, Latin, and Indian instruments, with some nice tabla work. The electronic touches are handled very nicely to enhance rather than dominate the proceedings. The energy level varies widely, from ambient and atmospheric to grooving nicely, but never dabbles in rock. Ex-Wise Heads are a treasure that deserves wider recognition – superbly conceived and executed music that knows no boudaries.