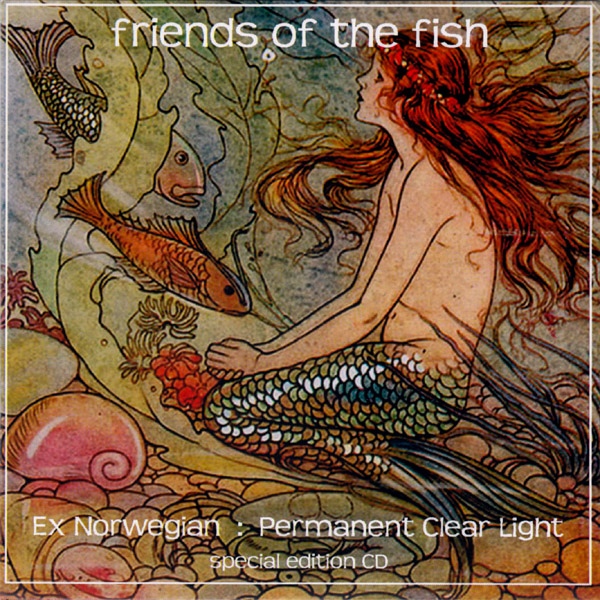 To close out the year, Keith Jones decided to release a limited edition of 50 lathe cut copies of a 7-inch single. The A-side contains a cover of String Driven Thing’s “It’s a Game” by a new FdM band Ex Norwegian. The B-side contains “Corneville Skyline” by long time FdM band Permanent Clear Light. Ex Norwegian is a US-based band and Permanent Clear Light hails from Finland. I am only familiar with String Driven Thing’s version of “It’s a Game,” but apparently The Bay City Rollers released a bubblegum cover as well many years ago. Ex Norwegian’s version is somewhere in between. String Driven Thing’s version of course heavily featured a violin that is absent from Ex Norwegian’s. Instead we have an edgier treatment, higher energy, and an updated sound. On the flip side, Permanent Clear Light’s “Corneville Skyline” is pure Brit psych-pop with processed vocals, perfect for a happy stroll down the beach under marmalade skies. As of today, I believe that there are still some copies available for purchase, so you may be lucky grabbing one for yourself if this review sparks your interest.