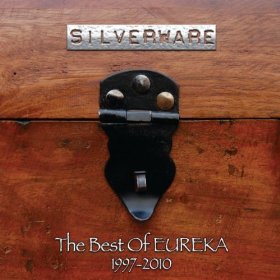 This is a band I knew little about before now, so I guess I’m an ideal candidate to review this compilation of songs culled from Eureka’s four studio albums that reach back to 1997’s self-titled debut. Eureka is a doppelganger of sorts, with separate studio and concert identities. The studio albums are essential solo efforts from German songwriter and multi-instrumentalist Frank Bossert, while on stage he is joined by a host of musicians to bring the music to life. The albums convey Bossert’s love for western prog and rock as well as ethnic and folk music from around the world. Guests like Billy Sherwood and Yogi Lang lend songs like “The Challenge” prog cred, though nothing here is very progressive. Instead, Bossert’s strengths include a good ear for textures and to that end he artfully fleshes out his arrangements with folk and ethnic instruments including bagpipes, uilleann pipes (courtesy of Troy Donockley), hand percussion, and even the female vocal group Kalema. The results are uniformly listenable and range from melodic prog pop (“Solid Ground”) to Celtic-tinged power pop that recalls Iona or Clannad (“The Calling”) to traditional mandolin reels (“Hunting the Frog”). Yes fans may even warm to “Highland Sun” and “Tempus Novum” featuring Claudia Sokollek’s vibrant vocals. I could easily see Bossert branching out into soundtrack work, and since he refers to this album as “representing the first chapter” in the band’s history I’ll be curious to see where he takes Eureka in chapter two.