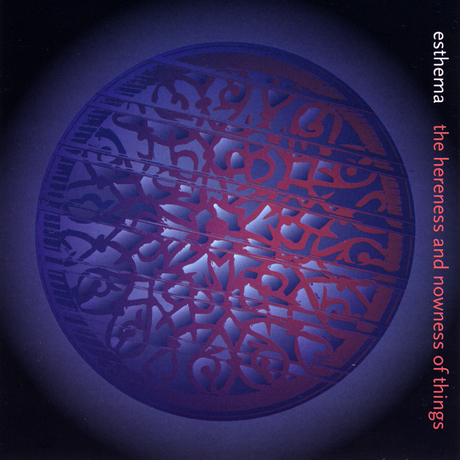 This American band features a trio of guitar (electric and acoustic), violin, and oud / bouzouki backed by electric bass and drums, plus guests on percussion and cello. The lead role is most commonly with the oud or bouzouki and the violin, with the guitar in support. All of the compositions are original, though they could easily pass for Middle Eastern traditional tunes given modern arrangements — and I mean that as the highest praise. It’s completely instrumental and more live-sounding than, for instance, Mawwal, and more accessible than some of Rabih Abou-Khalil’s music, being infused as it is with more rock (even progressive rock) and less jazz. Perhaps it’s misleading to call Esthema an American band, for while they are based in Boston, members hail from Turkey, Brazil, and Argentina as well as the US; all have connections to either the Berklee College of Music or the Boston Conservatory. It is international in the best way, freely mixing various traditions with superb taste and skill, producing a blend that is as enjoyable as it is inspiring. Too bad cultures can’t blend politically as peacefully as they do musically in Esthema.