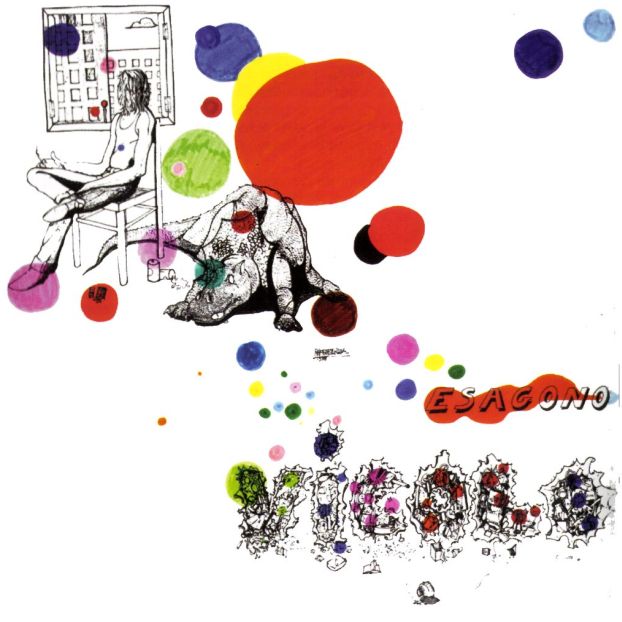 Here’s a little Italian gem rescued from obscurity. Esagono apparently only recorded this one album as a group, but members of the band were involved with many other projects, including Arti e Mestieri. The basic thrust is electric jazz-rock with a little classical flavor courtesy of Marco Cimino’s cello. Bassist Marco Gallesi and drummer Giorgio Daferia are the only players on every track, though Cimino (either on cello, flute, or keyboards) and Claudio Montafia (keyboards, flute, guitar) contribute to most. A wide variety of others also appear. The basic style is pleasantly typical of the era’s jazz-rock, with tight playing between the bass and drums, Rhodes filling in the chords, and flute, sax, and violin taking the melodies in various combinations. The occasional synthesizer or guitar solo breaks things up. The longest track, “Araba Finice” starts with free-form percussion, acoustic guitar, and flute in a Middle Eastern flavor, then builds up to some great trading fours between the soloists (flute, electric guitar, soprano sax, Minimoog) over a kick-butt rhythm section. I don’t know what sort of sources were available for this reissue, or what the original release sounded like, but the recording quality here varies quite a bit, with some parts sounding quite clear and others muffled, with what sounds like tape glitches and vinyl noise at times. Still, this is a welcome and enjoyable find, and should appeal to fans of the 70s Jan Hammer Group, Passport, and Arti e Mestieri.