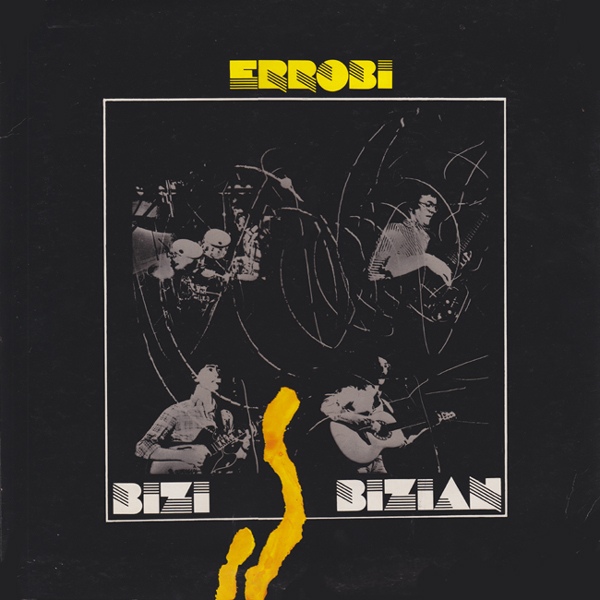 The Lost Vinyl label once made a career out of reissuing these hopelessly obscure Basque folk-rock gems. These days they seem to find their way to re-release on their original labels, usually Elkar or Xoxoa. Such is the case with this, the best known of Errobi’s four albums, and a live one to boot, showing the band in their best light. The tracks here are from the band’s first two (as yet un-reissued) albums as well as some extras, and run the gamut from delicate harmonized folk pieces to ripping dual guitar rock pieces. Instrumentation is simple: two guitars, bass, and drums, with three of the guys sharing the vocal duties (all songs sung in the Basque language). Their sound is fairly unique, a mix of spirited rock ideas grafted onto a folk base with a touch of jazz, even the harmonies reflect a special character. Those who are already familiar with their later album Ametseran Bidea won’t be disappointed. This might be too folky for some, but it’s one this writer can recommend highly.