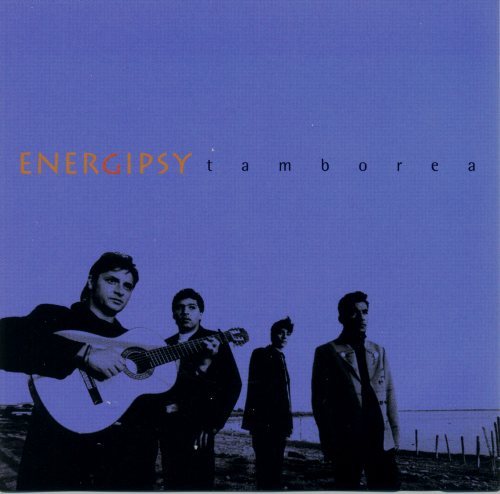 This one sounded quite promising... a mixture of flamenco and fusion? With a wonderful heritage of bands such as Iceberg, Triana, Guadalquivir, and Gotic the Spanish fusion scene has been extremely fertile. And with guest appearances by members of Iceberg I was quite excited to hear this disc. As it turns out, this is actually a vocally-oriented effort firmly in the style of the Gypsy Kings. A more cynical listener might even dismiss it as an effort to cash in on the commercial success of the Kings whose music blares from the sound system of many Spanish and Mexican restaurants. The album is a spirited one, with elements of flamenco, gypsy rumba, and Europop. The vocals are all in Spanish, and many of the melodies are quite catchy with plenty of acoustic guitar and percussion pushing the tunes forward. There are four instrumental tracks out of the thirteen songs, and they are very tuneful and are imbued with a romantic Spanish flavor. If you like the sound of the Gypsy Kings it's a safe bet that you’ll enjoy Energipsy. If you were looking for the next Iceberg, however, you've come to the wrong place.