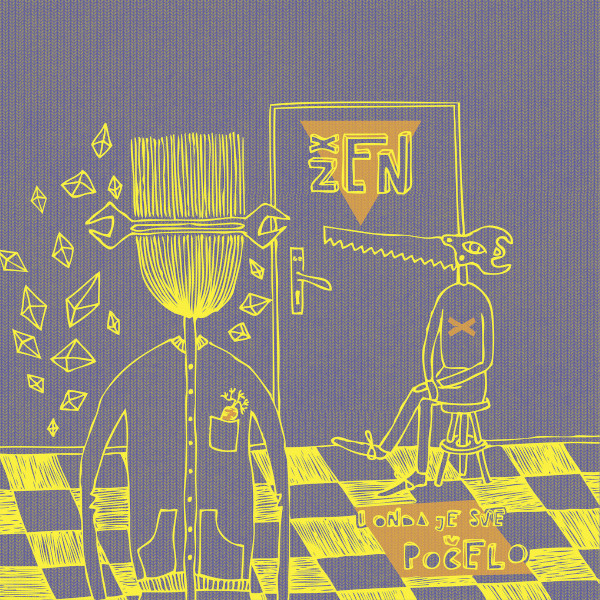 Žen , Croatian for Women, is an all-female Croatian band whose debut album I onda je sve počelo was released digitally in 2013. This year Moonlee Records reissued it on vinyl to celebrate the band’s tenth anniversary, The eight tracks are primarily introspective melodic shoegaze compositions that show a variety of influences. “Iskrenost je posebna” (“Honesty Is Special” in English) is an excellent blend of analog synths, sequencers, and reverbed guitar firmly in the Krautrock territory of Cluster and Neu! “Ton i broj”(“Tone and Number”) is a sombre ambient piece with simple melodic guitar riffs that builds into a Godspeed You! Black Emperor jam. The oddly titled and constantly shifting “Šuma, mačka, Gospođa i prozor” (“Forest, Cat, Lady, and Window”) strays into Pink Floyd’s “Interstellar Overdrive.” And the closing track, “Ja sam uvijek na istoj liniji” (“I Am Always on the Same Line”), is based on a slow jazzy two note guitar ostinato. Quite an interesting debut album now reissued. And if you are curious about the band and their music, you can download all of their discography for free from Bandcamp.