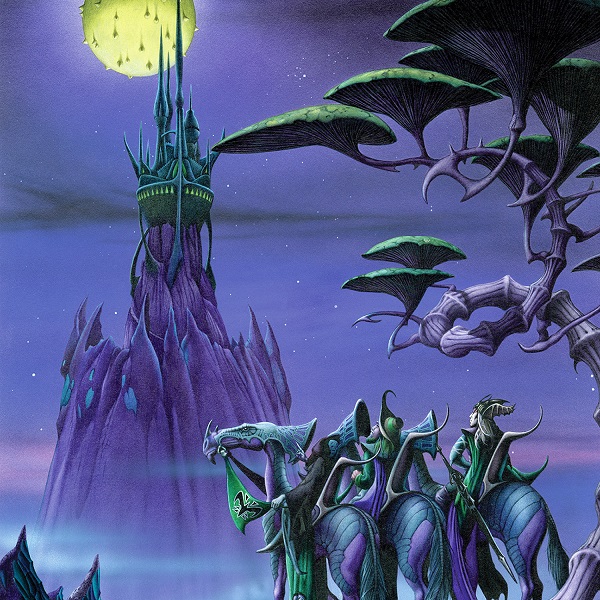 Around six years ago, Ellesmere was born, the project of guitarist, bassist and composer Roberto Vitelli, who had served in the band Taproban for a period of time, seeking an outlet for his own compositions. The first album, 2015’s Les Châteaux de la Loire, was a beautiful, pastoral guitar based album, often reminiscent of many of Anthony Phillips’ early solo works, acoustic and twelve-string guitars intertwining, supporting some beautiful melodies across its eleven mostly instrumental tracks. Supporting musicians on that album included keyboardist Fabio Bonuglia, covering Mellotron on all tracks, drummer Daniele Pomo, Paolo Carnelli on electric piano, singer Luciano Regoli, along with special guests John Hackett (flute), Anthony Phillips (narration on two tracks) and others on violin, viola, cello, and trumpet. Fast forward to the final months of 2020 — a second album was released in 2018, and the third album Wyrd is now upon us, featuring many of the same players but with a very different approach: Vitelli playing a variety of basses, guitars and bass pedals, Bonuglia playing the bulk of the keyboards (Mellotron, Hammond organ, Moog and Korg synths, and more), and Mattias Olsson is manning the drum kit this time. Special guests again include John Hackett (flute) on two tracks, David Jackson on saxes and winds on most cuts, David Cross (violin) on one cut, and several guest keyboardists — Tomas Bodin, Tony Pagliuca, Fabio Liberatori each playing on one track each, with Regoli singing again, and an additional singer Giorgio Pizzala, even though like the first, this is mostly an instrumental outing. Unlike the delicate, pastoral acoustic and twelve-string styles of the debut album, Wyrd is composed of five long tracks that run together and are solidly in the symphonic progressive rock style, full of drama and bombast, with occasional delicate moments, but more often with bursts of power and complexity that befit the participation of Cross, Jackson, Hackett, and the other guests. The primary thrust is the instrumental work, shifting and changing as each of the pieces evolve and grow, with vocals only being a small part of the bigger picture. Again, all the compositions and lyrics are Vitelli’s, with Bonuglia sharing the arrangements. The vocals on the near-nine minute “Endeavour” may recall Yes, even though it’s primarily an instrumental outing, but the most impressive pieces are the opener and closer, “Challenge” and “Endless” respectively, for their expansive instrumental work. At the time of this writing, Wyrd is only available as a compact disc (or download), but with the track lengths should easily fit on vinyl in the future. An outstanding release that should be in every progressive rock fan’s collection.