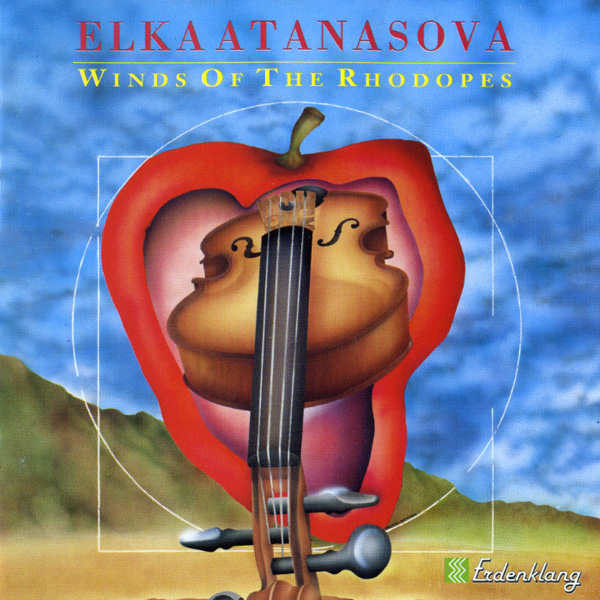 Back in the early 90s, when the Bulgarian Women's Choir was making the rounds, a diminutive but fire-breathing 19-year-old violinist from the same country released this promising debut work. How Si Wan stumbled upon Winds of the Rhodopes I know not, as it sits well outside their normally conservative domain of 70's European reissues (where, just like those zillions of reissues coming out of Japan ten years ago, Italy rules supreme). This album, her only one that I know of, presents Elka's violin in a context that is equal parts jazz-rock fusion a la Jeff Beck, and native influences, backed up by drums, keyboards, and two performers of Bulgarian and Turkish string instruments. As with any Dixie Dregs recording you must be prepared for some style jumping. But the way Elka blends Balkan folk elements into the jazz-rock matrix is flawless. Her violin's blistering strings wail, cry and moan, taking no prisoners. Exemplary is "Humble Bees and Scorpions," where she takes Rimsky- Korsakov's "Flight of the Bumblebee" as a motif; likewise "Paganinski Overdrive Horo(r)" is a Paganini-esque barn burner with guitar and violin in perfect unison. If you have ever heard some Bulgarian traditional music then you'll see clearly where she is drawing upon her native musical customs. Not as note-for-note authentic as Ivo Papasov; thus more eclectic and malleable. Especially on the two quiet pieces, her serene vocal melts seamlessly into the background texture, without that irritating vibrato that makes Papasov's singer unbearable. Elka's playing exudes poise and a well-rounded demeanor; virtuosity on the one hand, but tempered by melancholy and a melodic sensitivity promising great appeal to non- specialists. This one was a real gem and it would be a shame to see it get overlooked. Dixie Dregs fans in particular would eat it up. A tad early though for reissue, when the original, on the German Erdenklang label, is still readily available from Backroads Music, and elsewhere. But anyway here is another place where you can get it.