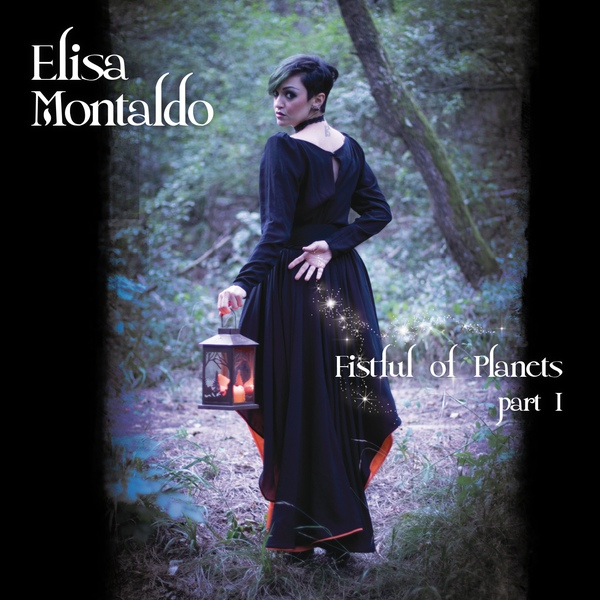 Italian keyboardist and mastermind behind Il Tempio delle Clessidre, Elisa Montaldo has released her first solo album, Fistful of Planets - Part 1. If you are expecting more of the vintage Italian prog music she creates for Il Tempio, you will be surprised by the neo-prog material on Fistful of Planets. After the intense performing and recording time spent with Il Tempio, Elisa took a year off to travel and explore new musical ideas in her new unknown “earthly universe.” She composed and recorded eight new “planets” and “satellites” that form her “galaxy.” Actually one of her planets, “Blackgrass II,” was composed by British guitarist Karl Demata, founder and fellow bandmate in VLY. Six of the eight tracks are instrumentals featuring Elisa’s keyboard skills. And the two vocals, love song “To Gather” and song of loss “Weeping Willow” feature Elisa’s vocals. The tracks were recorded in various locations using her portable “Wandering Comet Studio.” The additional instrumentation was supplied by Mattias Olson in Stockholm. As a whole, Fistful of Planets is a deeply personal, introspective album. On some tracks Elisa is stretching her music into more experimental territory such as the cold and eerie “In the Cold White Desert,” the gothic country blues “Blackgrass II,” with found conversation between a very young girl and a man, the slightly surreal “Vodka e Limone,” and “Robot Madness” with its odd synth and mechanical sounds, plus the found recording about teaching computers to speak and sing that recalls the scene in 2001 when Dave shuts down HAL 9000. There are two bonus tracks on the disc with one track from each of the two Il Tempio delle Clessidre albums, “Danza Esoterica di Datura” and “Notturno.” Note that the printed track order for the tracks is the opposite of what is actually on the disc — I do not understand how these types of mistakes occur, but they happen from time to time on discs. This mistake threw me off at first into thinking that Elisa had reinterpreted and re-recorded the two songs, but then I noticed the big differences in track lengths. Unfortunately, for those listeners unfamiliar with Il Tempio delle Clessidre’s two albums, you will form the wrong impression of the music. Overall Fistful of Planets is a departure from what we’ve come to expect from Elisa, but it is refreshing to witness a musician exploring new types of music with the same skill, intelligence, and care as she has shown with her earlier work. Now I am looking forward to the next Il Tempio delle Clessidre album with Mattias on drums.

Birdsongs of the Mesozoic - 2001 Live Birds – Since the moment I first heard Magnetic Flip around twenty years ago, I’ve been a fan of this band, and have followed their progress with pleasure, enjoying each new phase as much as the previous,...  (2006) » Read more