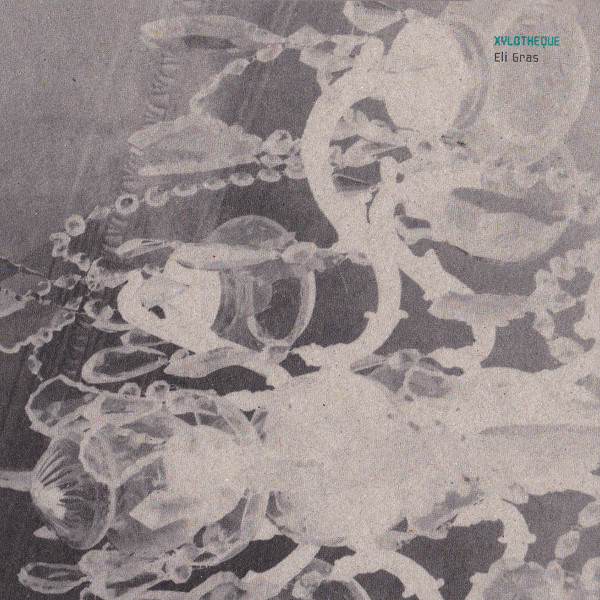 Eli Gras is a Spanish experimental musician exploring electroacoustic music. In 2016 she released Xylotheque, a collection of six different electroacoustic experiments ranging from two to seven minutes in length plus the seventh title track, a thirty-minute radio play that ties the other six tracks together. The opening track, “Fixe,” is a composition of squeaking and creaking sounds, a woman humming in the shower, and a barking dog. The next track, “Normal,” is far from what you would consider normal, with heavily accented English woman’s voice, odd clicking and scraping sounds (some heavily processed), and cavernous sounds. Then we encounter “tic” with its crowd noises, conversation snippets, and electronic percussion. “Yeyé,” the longest of the first six tracks, contains pulsating rhythmic sounds and analog electronics, muffled sine waves, rapid high frequency sequences, and scraping sounds. “Reactancia” continues with metallic scraping sounds, muffled bubbling synths, and shortwave radio samples. Then there is “Azfella” with its buzzing sounds, ambient train station field recordings, cavernous crowd noises, and a variety of animal sounds (horse, sheep, cows, rooster, and seagulls). It is difficult to understand how these six sonic experiments relate until we reach the title track radio play. Here the listener is presented with something akin to a public radio program with the announcer interviewing researcher Patricia who claims to have discovered that furniture is alive. With additional processed recordings and narration, Eli Gras links the six tracks into one long composition. Now the individual tracks start to make sense as Patricia explains her research. Xylotheque will appeal to fans of the avant-garde and electroacoustic music, but be prepared for a strange listening eperience that cuts you free from conventional music.