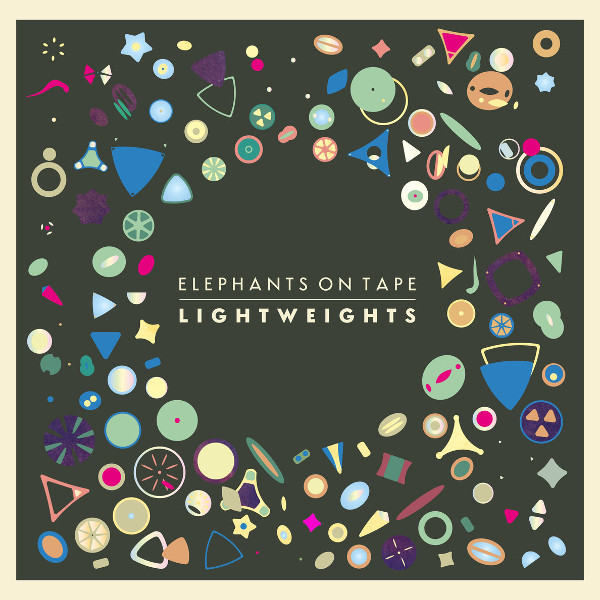 One manifestation of the impact of modern technology in music is the kind of meticulous production used on most pop recordings, where you’ll find such things as kick drum sounds that are composites of seven different samples, bass guitar that is doubled by multiple synth parts and run through six different ProTools plugins, and other such digital manipulation. Another side can be found in a group like Liepzig’s Elephants on Tape, where live processing and modern trickery are integrated with real musicians playing real instruments into a seamless variety of art-pop that is eminently listenable and intelligent enough to satisfy both listeners and dancers. The overall sound is reminiscent of classic trip-hop like Morcheeba, Massive Attack, and so on, with smooth, easy grooves, breathy female vocals, and vaguely psychedelic production touches like echoes, backwards instruments, and the like. Each song maintains a stylistic consistency while having its own identity, with different keyboard tones, varying guitar sounds, a horn section, and mixtures of acoustic and electronic percussion. Sometimes there’s a bass guitar, sometimes the low end is handled by a synth. There’s a good mixture of tempos ranging from mellow chill-out (“Traffic Lights,” “Now I Understand”) to bouncy grooving (“Microscope,” “Somethingends”) and stages in between. Nearly all of the lead vocals are by Lisa Zwinzscher, who has an appealing and expressive voice that reminds me a little of Beth Orton, a little quirky in phrasing at times, but never sounding forced. This young band presents a vision of what pop music can be in today’s world if musicians can have the freedom to pursue their dreams independently of the mega-producer system. It is both organic and electronic, and the result is intensely human.

Forrest Fang - Folklore – While Fang's earlier material was more firmly based in the electronic and progressive rock genres, his recent recordings have found him delving deeper and deeper into experimentation with various...  (1995) » Read more