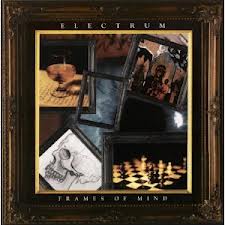 Here are three guys who love Rush and decided to record an album together of songs influenced by the Canadian trio. It's a scenario I've seen played out over and over (see Afterlife in these pages) with varying degrees of success. On a scale of one to ten, I'd give Electrum a five. There are plenty of strong ideas throughout this CD and in only a few places could I spot the nicked Rush riffs. "Voices" and "Inertial Dampers Off-Line" work best overall though my overriding criticism is that the entire disc sounds like a collection of demos. The first problem is the lack of vocals. Vocals can work or not (and with Rush influenced bands it rarely does) but without them, the songs seem to be missing something. Problem number two is that guitarist Dave Kulju doesn't solo at all. Instead, he strums out rhythm parts on his Stratocaster that end up sounding thin and dull. That with the first problem make the songs sound as if vocals and solos were meant to be laid on later. The final problem is that, while Gino Foti's bass and Joe Musmanno's drumming are clearly up to snuff, they and Kulju are simply poorly recorded. I had to crank the volume on my stereo just to get an adequate level off of the CD. The occasional use of keyboards worked fine and perhaps if more time were spent pulling the arrangements together, Electrum could end up with something to be truly proud of.