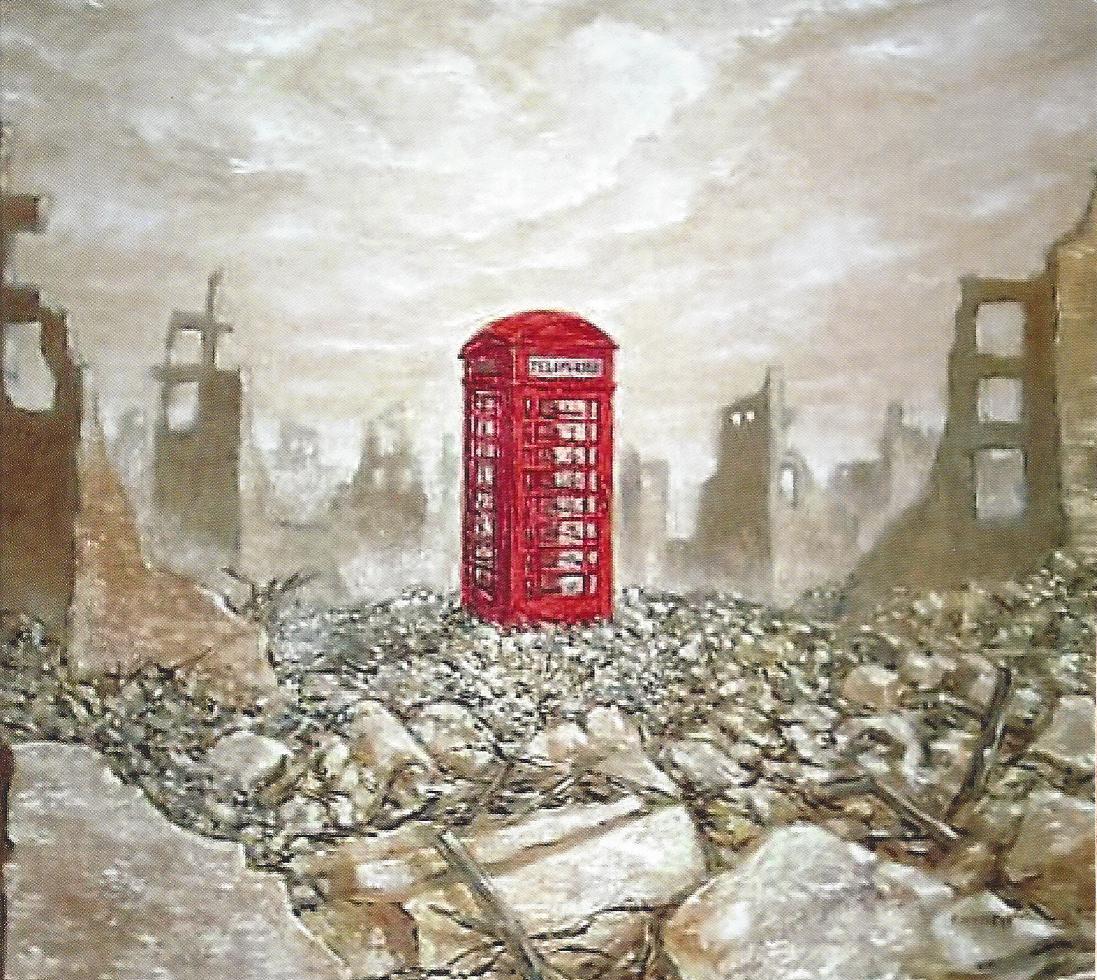 As the two piano notes, colorful cascade, and acoustic guitar opening with voice at the beginning of the first cut gives way and builds to a more edgy and anguished rock, one might detect a collision of torment and tumult amid the alternative rock approach, seemingly informed by the likes of some of the heavier (but not metal) progressive bands of the past (King Crimson perhaps), but also some nice jazz, avant, and psychedelic elements. Within these notes and measures lie the creative sparks that erupt into a full blown din, while at the same time offering appropriate melodic and rhythmic structures that give it the necessary form and feeling to keep it interesting and highly original. There is real emotion here, both in the lyrics (what one can hear of them), the vocal delivery, and the instrumental attack. And things just keep getting more interesting as the disc proceeds: “The Penticost Broadcast” gets overshadowed by the dark artistry and pensiveness of “Golgotha” which follows it, which in turn makes way for the pure mania of “Primal Scream.” By the time we get to “Ancient Religion / The Eschaton” we are on a frenzied rollercoaster ride into apocalyptic territory. El Sledge was originally just one – Matt Graboski on vocals, guitar, and effects. After drummer Steve Sroka joined forces, the (+) was added for the band’s debut Fletcher’s Last Night. Now Jay Graboski (ex-Oho) is on board as bassist for Doom, which is (if one believes the band’s website) the final piece of the El Sledge (+) vision. Where does it go from here? Does the world just end in flames? I guess we will have to wait and find out, but while we wait, don’t miss out on this moment.