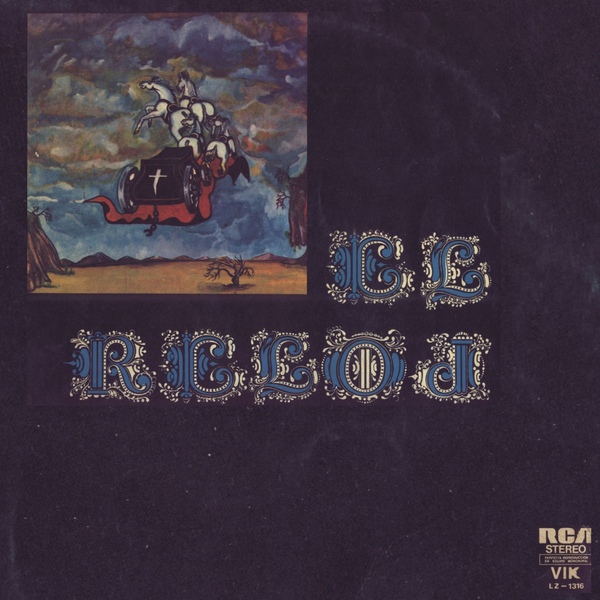 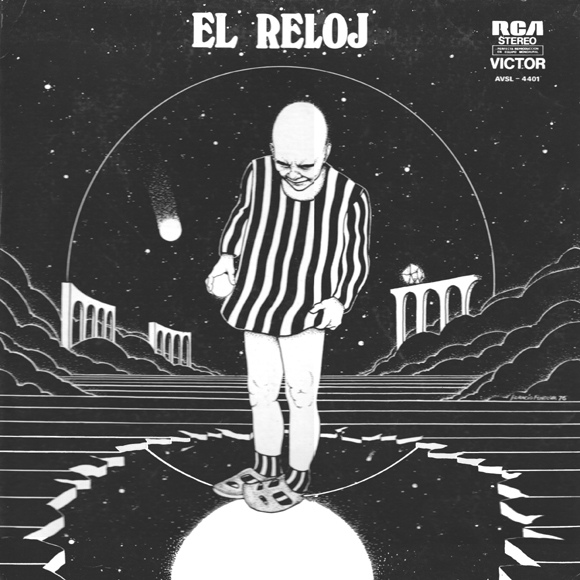 El Reloj is an Argentine group influenced by the more harder rocking bands of the early 70s like Deep Purple and Led Zeppelin. Their sound on their first album is a dual-guitar rock that keeps a mainstream focus, while doing so in a fairly complex manner. On both reissues, Record Runner has the done the unusual, putting the band’s singles as bonus tracks at the beginning of the CDs. On the first album, two singles are added, the first is all original and the second early versions of two album tracks. These songs get to the point, with either guitar-driven passages, or the occasional ballad, with Eduardo Frezza’s voice sounding uncannily like Marc Storace from the heavy metal group Krokus. While the album itself has its fair share of good melody and great guitar soloing, the overall effect, even in the longer tracks, is fairly dull and rarely compelling. If it had English lyrics, much of it would have fit comfortably on rock radio.

Their second album, from 1976, is a completely different story. The bonus single, outtakes from the same year as the debut, is of equal interest to the first CD, but starting with “Al Borde del Abismo,” the band did a major overhaul on the compositional level. Combining progressive song structures with their already hard-edged sound, El Reloj created a major success with their second album, where every song is a refined classic. The dynamic “Tema Triste” reminds one of contemporaries Crucis. The nearly 11-minute “La Ciudad Desconocida” is a progressive rock tour de force, its phases including many staggered and elaborate rhythm structures mixed with passionately sung lyrical sections. The short but powerful “Aquel Triangulo” incorporates Crimson-like angularity into an amazingly complex fabric. After “Harto y Confundido” and the dynamic low, acoustic guitar piece “Tema de Todas las Epocas,” El Reloj turns up the intensity for the last two tracks, the amazing “Aquella Dulce Victoria” and “Egolatria” a Crucis-like trade off, with great guitar and synth soloing. Overall, one of the best progressive rock albums of the 70s.

This is an album I played to death when the Record Runner CD came out in the mid 90s (can't speak for later re-issues). El Reloj was essentially what you would get if an Argentine group decided to play Crimsonesque progressive rock in the language of the first or second Led Zeppelin album. Superficially everything is early 70s rock. You have a singer who has that tenor Robert Plant thing going (although he actually reminds me of a lot of late 70s and early 80s metal singers from bands like Krokus and Armored Saint and the like), a really raw guitar sound and a punctuated heaviness without even a remote hint of the symphonic. But the writing is just staggered riff after riff with the occasional song fragment or jam thrown in, very little of it is played straight and most riffs only play a few times before developing into something new. The preparation for this kind of compositional madness must have taken days of practice sessions and doesn't seem to have that much precedent from their first album which is played a lot straighter. Hell, they might even call this math rock nowadays if it was metal tones. But despite the rhythmic complexity of it all, everything is very memorable, which is why it really caught fire with my 20 something self. I absolutely can not stop air drumming everything around me when it plays and it still sounds amazing to this very day. Only one song in this group is a long one, the spiky and classic "La Ciudad Desconocida," but I'd also give shout outs to "Tema Triste" and "Aquella Dulce Victoria," which are virtual musical roller coaster rides. The band captured the music perfectly on the cover, a virtual balancing act over an abyss. Anyway I'm not sure how easily findable this is anymore outside of boots, but it's well worth searching out.