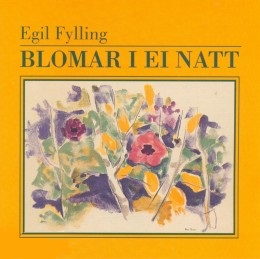 On this, the fourth album by Egil Fylling, a conscious effort has been made to return a more folk based sound in this introspective, symphonic, and fairly subdued effort. The Scandinavian folk themes that lie at the heart of Fylling's compositional work, applied to a classical frame of reference, have always been the unique element that makes his work stand apart from all others. As a keyboardist, he might be easily compared to the likes of Vangelis, but that comparison is not as apparent here as on his previous release For Earth Below, which was primarily an electronic/synth based event. Here he employs a number of musicians, on electric and acoustic guitars, saxes, trumpets, and oboe, along with two vocalists, and a choir — not all at once on every track, but applied as the need calls. One musician he should have used, but didn't, is a real drummer — these synth drums just don't make it, but fortunately most of the tracks are fairly mellow and don't require a lot of percussive presence, so that becomes a non-issue. The vocals (on five of the ten tracks) are excellent and mostly operatic in nature, the lyrics are in Norwegian, though English translations are provided in the booklet. Of special note are two tracks, the moving "Norsk Folketone, Tema og Variasjoner" ("Norwegian Folk Tune, Theme and Variation") and "Blomar i ei Natt" ("Flowers of the Night"), both fronted by the beautiful voice of female soloist Turi Olin Grimstad. Three bonus tracks are included, one from each of his three previous releases.Overall, this is a very subtle, beautiful and delicate album, definitely not rock, but not really anything else that's easily categorizable either; there's plenty here to reward those willing to listen and appreciate, although I realize this may not be ‘rock’ enough for everyone. Recommended.