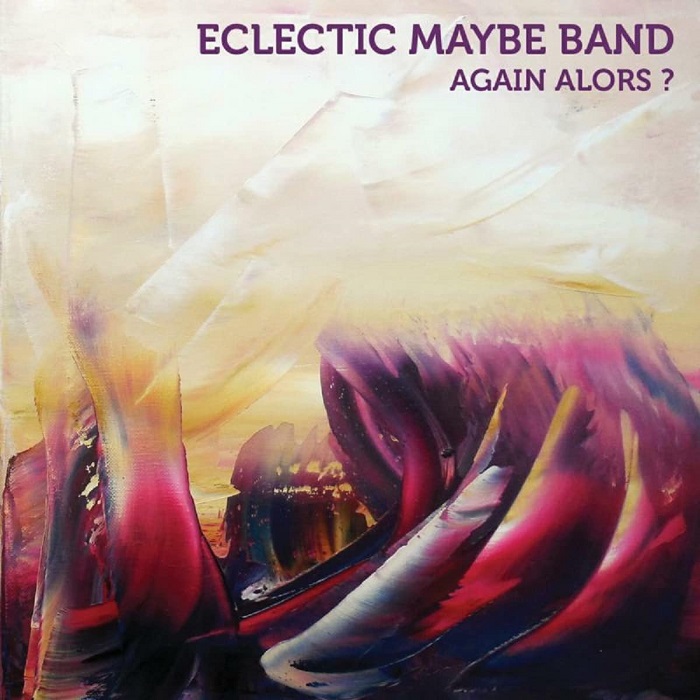 Is this a band? Maybe. Is it eclectic? Most definitely. For their first release, 2018’s The Blind Night Watchers' Mysterious Landscapes, they were a six-piece all-Belgian unit formed around the core of Guy Segers (ex-Univers Zero on bass, samplers, virtual keyboards, and percussion) with Michel Delville (ex-Machine Mass, The Wrong Object on electric guitar), Catherine Smet (keyboards), Roland Binet (flute, tenor sax), Joe Higham (woodwinds and electronics), and Dirk Wachtelaer (drums). By their second recording, Reflection in a Moebius Ring Mirror (2019), the core remained intact but Segers added a dozen more musicians from all over the planet to play on this track or that, and for this, their third album, the lineup has grown by five more, and the group’s scope and vision has grown as well. Univers Zero alums Dirk Descheemaeker (clarinet, bass clarinet) and Andy Kirk (keys) are now in the group, along with clarinetist Martin Archer, basoonist Stephan Köhr, Dave Newhouse (sax, bass clarinet), Cécile Broché and Ariane Plumerel (violins), Jean-Pierre Soarez (ex-Art Zoyd trumpet), Carla Diratz and Cathryn Robson (vocals), Ángel Ontalva (October Equus and Seaorm) and Pascal Vaucel (guitar), Fabrice Owerzarzak (drums), Pierre Bernard (flute), Sigrid Vandenbogaerde (cello), and Kazuyuki Koshino on ghost machine — whatever that is, but it sounds really cool and features on the magnificent final track “Atomos Keyhole.” The album is roughly an even split between Segers compositions and group improvisations, and the singers contribute their own lyrics. Obviously not every player plays on every track, though Segers assumes the role of master arranger, pulling the various players’ contributions together and forming them into the finished pieces. The opening Segers composition, “Disquiet,” begins with a gentle gamelan-like percussive intro over a period of several minutes as other players slowly join the parade of sounds, featuring saxes, guitar, flute, electronics, drums, bassoon, and more, building slowly at first, then taking a more structured form, carrying on to its thirteen-plus minute conclusion with some of the most interesting music one will hear anywhere. Diratz’ unique vocals grace the track “Further on the Ladder,” another Segers-composed piece that moves forward in a haunting and deliberate way, with Vaicel’s snarly guitar tones lighting the way forward; it's one of only two vocal tracks on the entire set. “Voici, Voila” and “Smudgy Cartography” typify the inventive collective improvisations that work so well as interludes between the more composed tracks, gentle, powerful, and scenic in every way, the former sprawling out to its eleven-minute conclusion, while the latter is the album’s shortest track at just over five minutes. Again Alors? serves as a pivotal creative portal for Segers and the many musicians involved, and stands as one of the finest releases of the year — and don’t forget that the two previous albums are every bit as engaging as this one.