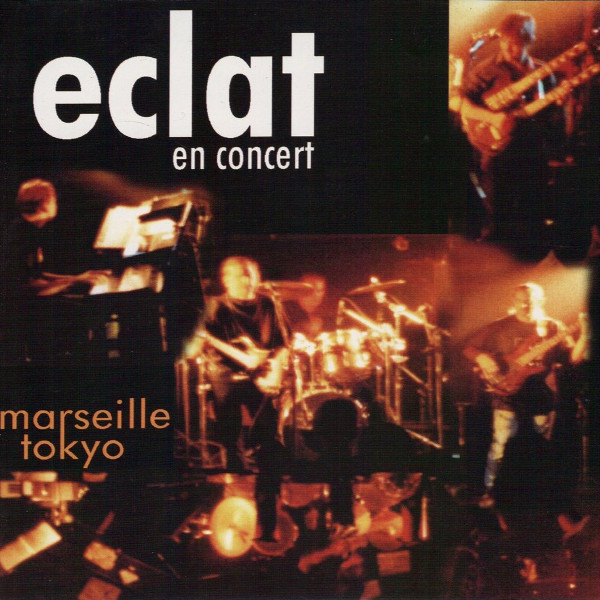 Recorded in both France and Japan, En Concert is a snapshot of the band on two nights in the summer of 1998. Much of Eclat’s music could be categorized as jazz-fusion, but they encompass much more than this. There’s lots of world music influence as well as folk, straight-ahead rock, and a touch of circus music to boot. It’s funny actually but the song “Circus” has sections that sound like a cross between Rush’s “Xanadu” and Mr. Bungle. The guitar is the real showcase instrument for the band and extended solos (from both guitar and keyboards) in “Sequoia” and “Toujours Courir” are good examples of the jazz-rock stylings of the band. The album is very well-recorded and the performance quality is amazing considering that this is a live album. The latter part of the album was recorded direct to DAT in Japan, so not even remixing could take place for these tracks! This live release captures the energy of the band and versions of some of the tracks from Volume 3 for example are much stronger and livelier than the studio versions. If you like Eclat’s studio efforts, be sure to pick this up.