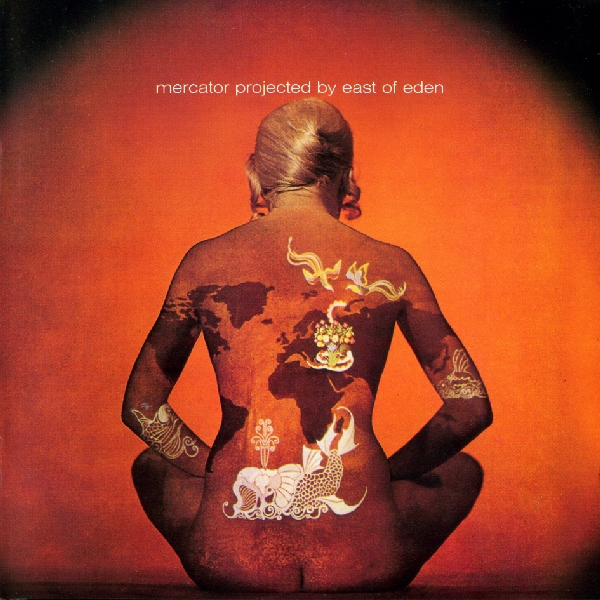 East of Eden's debut is one of the great late-60s albums, following on the way the Beatles started occasionally fusing their music with the sounds of other cultures. However, where the Beatles tended to incorporate the music of India, East of Eden used the mythology of Greece and Egypt to give their songs a true historical-exotic feel. Much of this was accomplished by the wide range of instruments played by Dave Arbus, including flute, violin, and others, some of it by the use of different musical scales, and part of it was just the atmosphere of the time period. It's perhaps somewhat telling that the bonus track here is their cover of "Eight Miles High," as that song is a good example of the paradigm of the day in a pop format with the hazy atmosphere and sense of wonder of the psychedelic era. A classic almost throughout, although "Isadora" and closer "In the Stable of the Sphinx" have to be two big highlights.

An engaging and groundbreaking early British progressive band, East of Eden used electric violin, dual saxes, flute, recorder and bagpipe to add texture to their guitar based rock. The end product is an almost unprecedented sound. they would have been lionized were it not for another, quite coincidentally similar band called King Crimson, who released their classic debut the same year. The accidental closeness of this band to Crimson is remarkably uncanny. Singer Geoff Nicholson is not unlike Greg Lake vocally, but more expressive and without the pompous troubadour-ish tendencies. And while he's no Robert Fripp by a longshot, his guitar playing is more than adequate. The use of woodwinds is the closest correlation, especially the multiple sax work on tracks like "Waterways," which is strongly reminiscent of Ian McDonald's work. There are even Sinfield-ian "liquid word-pictures" (that's the term they use in the liner notes to the original LP), the exception being the lyrics to "Centaur Woman," which are actually quite humorous. The pieces on Mercator Projected range from heavy guitar rock ("Northern Hemisphere") to otherworldly atmospheric studies for violin and woodwinds ("Bathers," "Isadora"). It's the latter songs that make up the bulk of the album, and part of what make it so refreshing, so original compared with their contemporaries. Which is not to slight their more rocking numbers, the outrageous bass solo on "Centaur Woman" and the tricky rhythms of the primarily instrumental "In the Stable of Sphinx" prove these too have worth. East of Eden carried on for many years after Mercator Projected, eventually scoring a fluke early-70s top-ten hit single in "Jig-A-Jig." But they never got the respect they deserved based on this very good album, which surprisingly has dated very little.

Fred Frith - Nowhere. Sideshow. Thin Air. – As one might guess from the title, this is a three-in-one – in this case three commissioned dance pieces by three different choreographers (one recent and two a bit older) that coexist together...  (2010) » Read more

Hugh Hopper Band - Carousel – For the past decade bassist Hugh Hopper has played bandleader to a number of different lineups, all of which have been oriented primarily towards live gigs. Carousel finds him back in the studio with...  (1995) » Read more

Pere Ubu - New Picnic Time – The third album in the Pere Ubu canon is one where the group appears to be in a more playful mode rather than on their acclaimed sophomore album, Dub Housing (1978). They had matured a bit since their...  (2000) » Read more