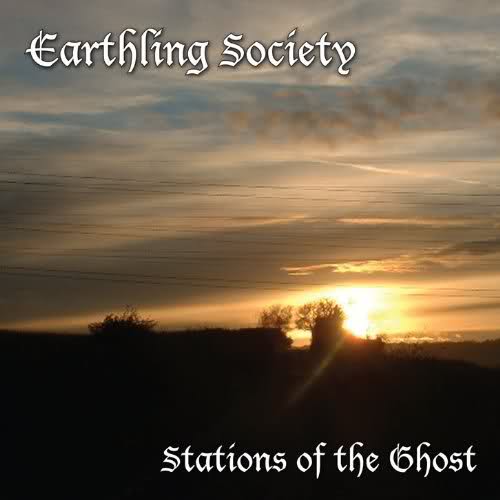 Earthling Society is a UK psychedelic/space rock band that has been around for the past eight years. They are also one of the bands appearing regularly on Fruits de Mer singles and compilations. Stations of the Ghost is the band's sixth release of psych/space rock/krautrock loveliness, featuring Fred Laird on guitar and vocals, Jon Blacow on drums and percussion, Joe Orban on keyboards, Luis Gutarra on bass, and John Morgan on guitar. The seven songs are a superb mixture of instrumental and vocal tracks. Think of small doses of Meddle-era Pink Floyd, krautrock, and raga rock dusted with a bit of Acid Mothers Temple and you might begin to appreciate what you will hear when you spin this disc. There are no weak spots on this album, but the band really shines on the two 13+ minute tracks, "Child of the Harvest" and "Night of the Scarecrow." They sustain the momentum throughout both songs by constantly shifting the mood, rhythms, and instrumentation (electric vs. acoustic guitars). However, if you are a stickler for lyrics, you may find it a bit of a challenge to understand Fred Laird as his vocals are so far down in the mix as to be unintelligible at times, but that only adds to the charm of the music. Overall, quite an excellent release from a band that deserves much more attention.