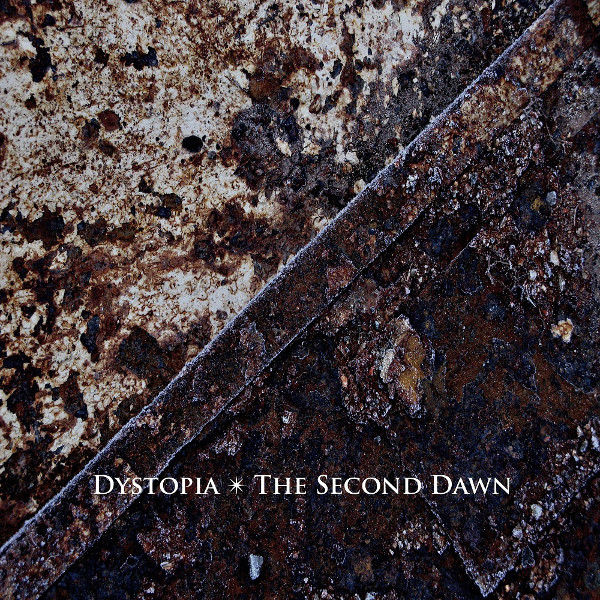 Most of the time, when I listen to music, I don’t actively think about the intentions of the musicians. I just listen and judge the sounds on their own terms. Only later do I sometimes wonder what motivated the players, what inspired them to create what they did. Dystopia, on a number of levels, present their motives so forcefully that it’s difficult to ignore. First, they are obsessed by the negative impact that technology in general, and nuclear energy in particular, has on our lives and futures. These fourteen instrumental pieces, with titles such as “Destroyer,” “Core Melt,” and “Technocracy,” are embellished with many taped voices extolling the evils facing the world. The very name Dystopia promises a pessimistic view of the world. “Are we already living in dystopia?” ask the liner notes. But the fact is that aside from the taped voices, the music can stand well on its own, and has no inherent political or social agenda. Notes and chords are after all just notes and chords. Dystopia (which consists of synthesist Pertti Grönholm joined on three tracks by guitarist Ismo Virta) present dark, moody music with many atmospheric touches. Quiet cuts of burbling nature sounds are contrasted with longer cuts that build to emotional climaxes. The whole project sounds remarkably live, with booming drums (generally not a kit) and ominous strings. There is much more texture than complexity, and Grönholm manages to avoid the sterile sound to which many solo recordings fall prey.