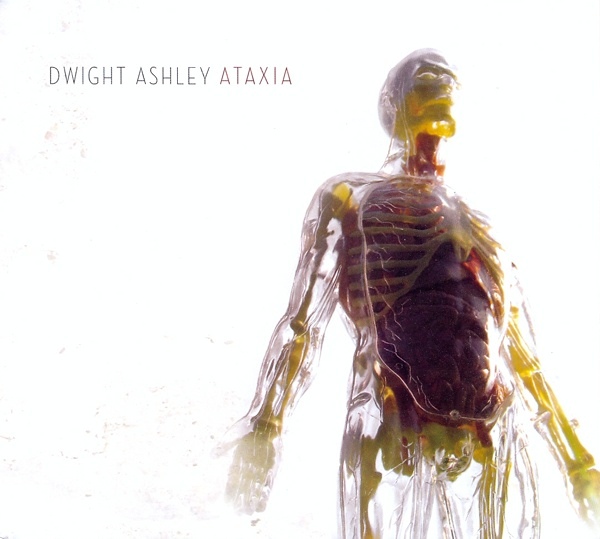 Ataxia offers a defining example of the way in which musical forms, and especially the way we tend to want to categorize music, continues to exhibit restlessness and the need for change. That Mr. Ashley’s work largely refuses categorization is, of course, an aspect of its strength. The paucity of some terminology is now overly evident, as we continue to try to lump such heavily layered, process-oriented and tightly composed work under the old “ambient” rubric. The use of that designation is now stretched beyond breaking, having so thoroughly distorted its original shape it now lacks any descriptive force. So let’s start over. Ataxia’s principal accomplishment is its embrace of form over formlessness. In the course of twelve pieces Ashley sensibly and meaningfully links a wealth of compositional forms, embracing aspects of phonography, pure electronic and process techniques along with orchestral inflections that readily recall but do not imitate Stockhausen, Ligeti, Bryars, Hovhaness and Kernis. Many of the compositions were originated in New Orleans and completed only days before Katrina’s landfall and all that that event exposed. As such, the influence of what amounts to the U.S. federal government’s waterboarding of an entire population leaves a threatening and pelagic imprint on the emotional charge of what we hear. Ataxia traverses the stages within and between unstable surrounds to occasionally reach the terra firma of literal structure. The arcs ultimately favor an entropic path to frank, unembellished dissolution and collapse leaving no trace of the sentimental or melodramatic. Instead, these pieces achieve an understated and implicit emotional charge that derives from authentic experience. Free of the sort of associative nonsense so heavily favored by practitioners of hyperbolic and romantic sonic mush, Ashley accomplishes what will finally be categorized quite simply as genuine music.