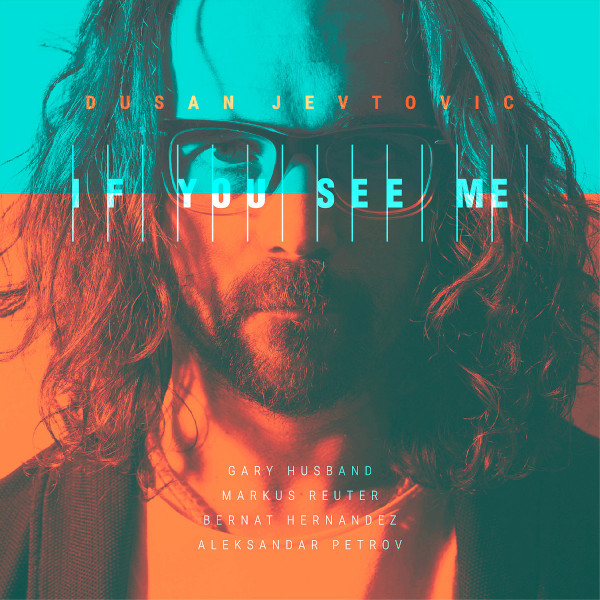 I first learned of this amazing guitarist via his 2013 album Am I Walking Wrong? and ever since then his work has astonished me, offering something new and unique up with each subsequent release. A Serbian expat, he has been living and working in Barcelona since 2003, and with all his successes in the years since both with his own releases and collaborations with other like-minded musicians, I think he’s in Barcelona to stay. Depending on how one counts, If You See Me is either his seventh or ninth (if you count the collaborations with Xavi Reija or Vasil Hadžimanov) album since 2009, eight powerful instrumental tracks covering a fairly wide range of styles, from rock to jazz to classical elements and a touch of freewheeling metal, pieces that morph as they go forward, always struck with melody, power and unusual tones that sound like nobody else, sometimes bordering on the avant garde. This time out his band features fretless bassist Bernat Hernandez, drummer Gary Husband, and Markus Reuter on touch guitar as well as live looping, and Aleksandar Petrov on tapan (traditional Macedonian drums). The set was recorded back in 2017 in Casa Murada Studio, so it’s taken a few years to find its way to release, but it’s been well worth the wait. The set opens with “Walking Seven,” a constantly shifting piece that starts off slow but wastes no time getting into high gear, with some intensely chaotic and gruff guitar work, yet melodic as one might imagine, setting the stage for all that follows.Along more avant garde, though very stylish lines is “Si Pooro?” – one that starts cautiously but slowly builds to a twisted repeating guitar phrase amid percussive madness. Making a similar journey, “Once Ocho” strerches out into mysterious colorful vistas punctuated by sweeping ambient loops peppered by Jevtović’s guitar presence. Eventually drifting off to dreamland. “Blue” grows out of a converssation between ambient loops and percussion, with bass and guitar joining in as ideas unfold, building on that stream as the piece proceeds down a more or less mellow path. Travelling to the edge but never quite going over, “Something in Between” changes midpoint through the piece into a math figure eventually stretching out again closing with some beautiful tones. More than anything, the eight tracks of If You See Me are daring and articulate, making for a journey a listener will not soon forget.