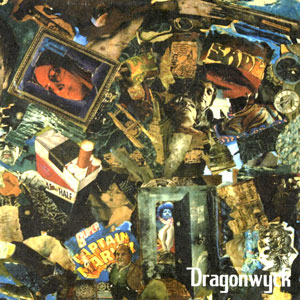 In case you're wondering, Dragonwyck is the title of a 1944 historical romance by Anya Seton, made into a movie starring Gene Tierney and Vincent Price. This Dragonwyck, on the other hand, was a psych band from Cleveland. Before taking on their eventual name, they called themselves Sunrise and recorded five songs in 1968 shortly after forming. Those tracks are included here as a bonus to the first Dragonwyck album, which dates from 1970 and includes refined versions of three of the Sunrise tunes. To a certain extent it shows that the musicians were quite young at the time, but from the start they show promise, operating in a realm of dark psychedelia with fuzz guitar and prominent keyboards. Skip ahead to 1970 and you get a step up in virtually all respects: the recording quality is better, the playing is better, and they’ve refined their compositions. Only singer Bill Pettijohn and guitarist Tom Brehm remain from Sunrise, though they tend to define the sound, so there is continuity. Keyboards are expanded to include harpsichord in addition to organ. While I wouldn't exactly call this music proto-progressive, it's certainly headed in that direction. Unfortunately, the band never managed to find a sympathetic label to release their music, and only 85 LPs were pressed at the time. Apparently the master tape was found, from which this reissue is taken. The band stuck at it until the mid 70s, recording two more albums' worth of material (also on World in Sound's slate).