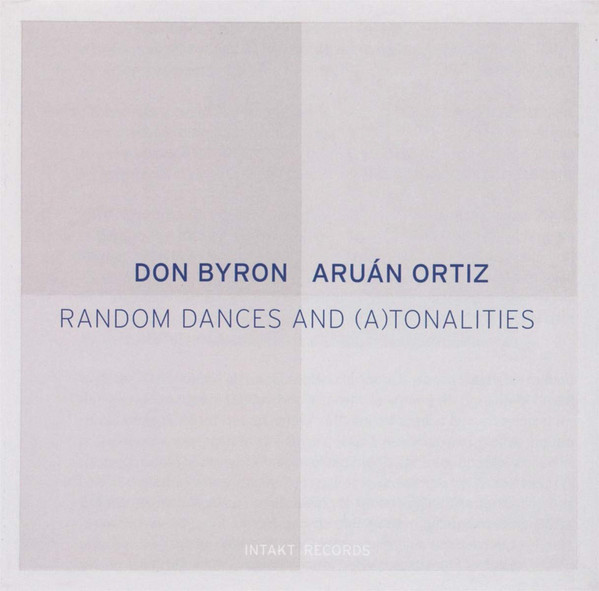 Don Byron has been on my radar for quite a few years now, since I picked up his Romance with the Unseen nearly 20 years ago (mainly from seeing the names of Jack DeJohnette and Bill Frisell on the cover). Random Dances and (A)Tonalities pairs Byron up with Cuban pianist Aruán Ortiz, who was unfamiliar to me before. In spite of the album’s title, none of the music sounds especially random or atonal, and in fact is often quite pleasant, though it is certainly tilted towards the avant-garde. Each of the two contributes three compositions, with one of Byron’s being an arrangement of a Bach partita; there is a joint composition; and they tackle pieces by Duke Ellington, Frederico Mompou, and Geri Allen. Byron mostly sticks to clarinet, with saxophone on a few tracks. For the most part, the music doesn’t fit into standard jazz idioms, even on the Ellington and Allen pieces, though it would probably be called jazz by default. “Black and Tan Fantasy” is given a reading that has blues voicings in the chords but has a rhythmic feel a bit like a tango; Byron’s arrangement of a Bach violin partita is played solo on clarinet with only moderate non-baroque inflection. Ortiz is fluid and lush in his chord voicings, making good use of the space afforded by not having a bass in the mix. There are passages of dense chords with a robust low end and times where delicate fluttering melodies float above ambiguous tonality. This is not typical jazz, or typical anything else, but two creative musicians exploring what they can do together.