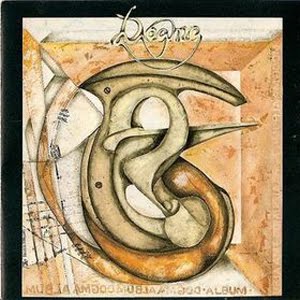 This neo-prog quartet clearly stand apart from the pack, forging bravely ahead as they do without a vocalist. Instrumentally, they have much in common with Marillion, IQ, even Pendragon, as well as other of their British contemporaries, but as they have no singer to contend with, they have developed a unique compositional style. Since this is their debut album, it's clear that they are still finding their voice, so it can almost be forgiven that some passages tend to lag a bit, especially when one considers the quality of much of the music here. The gamut here ranges from the spacious "Clouds" to the delightfully tricky 7/4 meter that is the backbone of "Seven Angels in Hell." The album's highlight, of courrse, is the 22-minute "A season for Unions," which evokes many moods, and spotlights many of the band's strengths. In closing, Sagrado fans ought to know that Marcus Viana turns in a guest spot playing violin on "Clouds."

In my opinion, this is what a neo-progressive album should sound like. Dogma's debut is an excellent album, very much in the instrumental style that Pendragon started on with the second part of "Alaska" from The Jewel. No vocals here (an idea that I wish Pendragon would have gone with) but long, lush tracks of excellent melodic music in the neo-progressive vein, but with two exceptions — Dogma are original, and are not commercially biased. Certainly the best new Brazilian band since Quaterna Requiem. And don't forget that Marcus Viana of Sagrado Coração da Terra also adds some violin to a track.