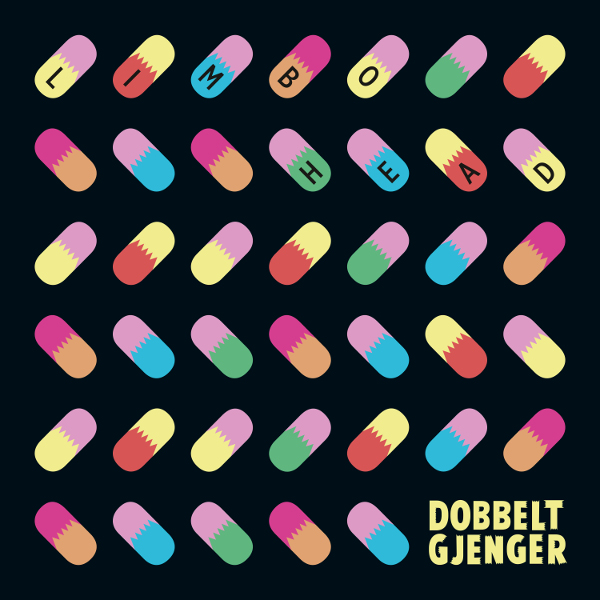 There are definitely multiple ways to approach Limbohead. If you’re coming at it from an indie-rock perspective, it’s a super-tight example of clever melodic rock akin to Teenage Fanclub, They Might Be Giants, or Fountains of Wayne with excellent vocal harmonies and some tricky arrangements. If you’re coming from the perspective of a progressive rock fan, it’s what happens when talented prog musicians focus their talents on concise, melodic songs. From the perspective of a medieval troubadour — who knows? In any case, Dobbeltgjenger (in English / German, Doppelganger) has created a set of nine outstanding songs dealing with such topics as wacko conspiracy theories, paranoid self-absorption, paralyzing indecision, and so on, all dealt with in cleverly-worded English lyrics. The music is just as well done, touching on a variety of styles while remaining consistent enough to have its own identity. We get such things as driving psychedelic grooves, nicely picked acoustic guitar parts that go to really unexpected chords, power-pop tunes with extra complicated rhythmic irregularities, disjointed funk, and something that sounds like what might have happened if XTC listened to a bunch of King Crimson before writing a new song. There aren’t a lot of instrumental solos in these filler-free songs, but there’s some solid playing, and tons of classic keyboard sounds. As previously mentioned, the vocals are very strong, both in the lead and backing parts. Even the most convoluted melodies, full of unexpected intervals, are navigated with confidence, and the harmony parts are luscious whether paralleling the lead or providing counterpoint. Simply put, Dobbeltgjenger is better than 90% of what passes for intelligent indie rock out there today, and deserves recognition as such.

Museo Rosenbach - Zarathustra – Although this Korean release is the fourth reissue of this album, its tenuous distribution still means that this, possibly the greatest Italian symphonic rock album of all time will still remain hard...  (1995) » Read more