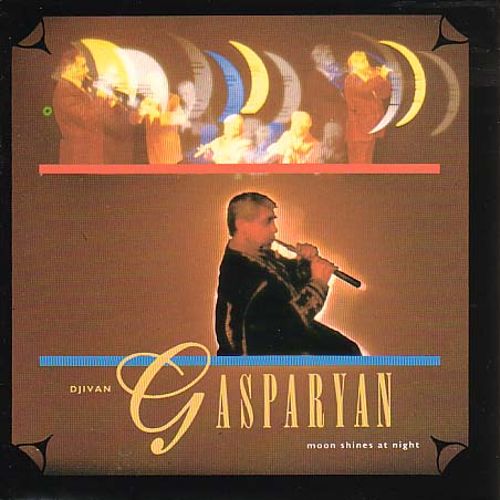 The duduk is an amazingly expressive instrument, sounding like a cross between a flute and an androgynous human voice, sometimes with reedy clarinet or oboe tones, and Djivan Gasparyan is a master of it. Producer Michael Brook, rather than setting the duduk in a modern electronic context (as he would later do), here chooses to present it relatively unadorned, backed by drones that seldom, if ever, change during the course of a song. Subtlety is the order of the day, with delicate trills, swelling vibrato, and bent notes sliding to resolution in scales not common in Western music. The backing musicians are not credited in this package, but from the sound, I would say there are other duduk players and possibly some sort of harmonium on all ten tracks; a singer presents plaintive melodies on a two tracks. Aside from the singing, their contributions serve as mere backdrop for the Gasparyan’s lead. The mood is serene, bringing to mind lonely hills or desert under moonlight, beautiful but intensely sad. While Moon Shines at Night may not be the CD to get a party going, for meditative or reflective times, one could hardly ask for anything better.