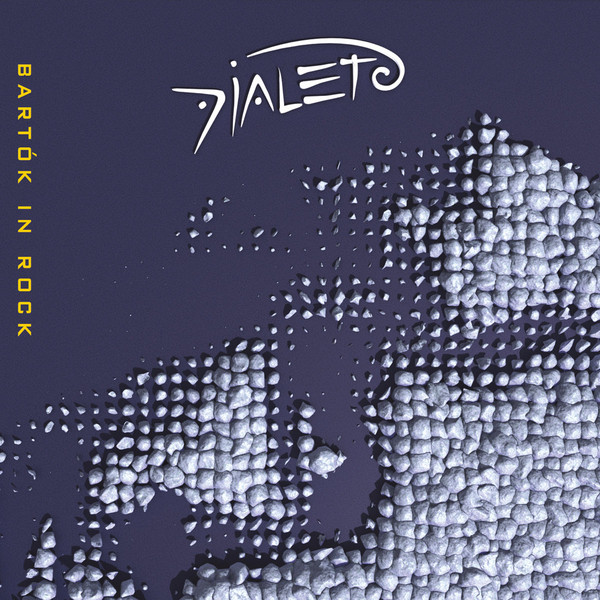 One only has to listen to a piece like “Mikrokosmos 113: Bulgarian Rhythm (I)” to realize that Béla Bartók has a direct relation to avant-progressive rock. (You can find a great arrangement for guitar here, and any number of piano renditions as well.) This little piano piece is clearly related to any number of tracks from King Crimson to Univers Zero and Present, and on Bartók in Rock, Brazilians Dialeto take the natural step of actually arranging it for a rock band. The result is the highlight of the album, and features violinist David Cross along with Nelson Coelho (guitar), Gabriel Costa (bass), and Fred Barley (drums), ripping it up with an aggressive rhythm in various meters. The original generally runs a little over a minute to perform, but they’ve expanded it into 4:21 of instrumental progressive rock, sharing the melody around between the violin and guitar, dividing the backing motif between different players at varying times, and using a variation of that riff to back improvised solos. Cross’s work is outstanding, his solo wild and totally appropriate for the rhythmic and tonal setting. Coelho, for his solo, takes a somewhat different tack, with longer notes mangled by effects. I’ll admit that it’s a bit of a let-down that the other nine tracks don’t feature Cross — more of his great playing would have enhanced the result greatly. Not that Coelho and company are slouches, mind you, but the violin would have provided a welcome change of pace from time to time from all the guitars. I say “guitars” because many of the tracks do involve overdubbed parts to fill out the sound, either providing a rhythmic backing or doubling a melody with a different tone. One more of the “Mikrokosmos” exercises is present, and six of the tracks comprise the “Six Romanian Folk Dances” suite composed in 1915, and they’re arranged in a variety of ways, sometimes resembling rocked-up English or Irish folk dances, sometimes more atmospheric. There are two selections from the “For Children” collection of simple piano pieces (1909), and while neither has the impact of “Mikrokosmos 113,” both “An Evening in the Village” and “The Young Bride” are well done, expanding Bartók’s sketches into full-fledged pieces that can stand on their own. Given the vast wealth of compositions the composer left us, this collection is just a taste of what can be done with such great source material. Even within the “Mikrokosmos” set, there are many that would work well in rock arrangements. For a fan of Bartók who is not averse to electric instruments, Dialeto’s album should work well, and for a progressive rock fan, it stands as just good music, and one of the best adaptations of a composer's music out there.