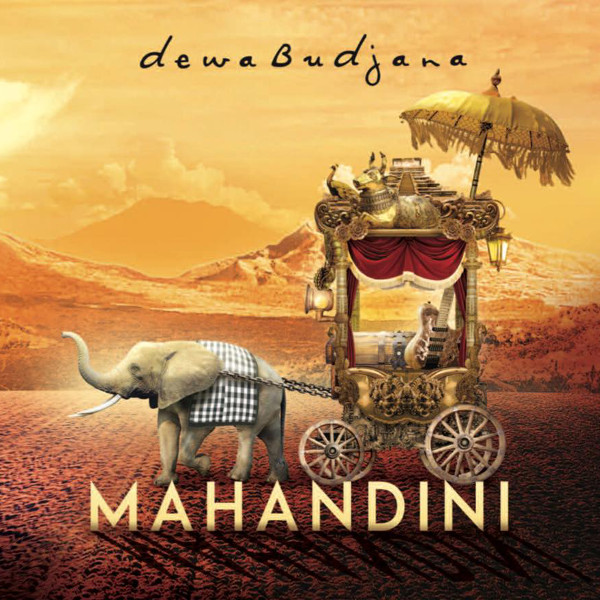 Over the course of Budjana’s recent solo output, It seems he has been straddling the fence between powerful electric jazz fusion and progressive rock, with a healthy dose of his Indonesian traditional roots in the mix. With Mahandini that same mix of elements is still at work, although here the composition seems to be more at the forefront, pushing things slightly more in the progressive rock direction in a variety of ways. The opening and closing tracks on the album “Crowded” and “Zone” were written by guest singer John Frusciante, who adds some guitar on the latter as well. On most tracks the regular four-piece features Budjana on guitar, drummer Marco Minnemann and keyboard player Jordan Rudess, who should require no introduction to our readers, and bassist Mohini Dey, who has played on several of Steve Vai’s recent releases. The remaining five of the seven tracks here are Budjana’s compositions, and the powerful slow-building anthem “Jung Oman” that opens with Rudess’ piano flourish is one of the most stunning, purely instrumental pieces here with a haunting melody that shifts and changes over its seven minute duration. “ILW” is probably the album’s most smoking electric fusion piece, and features guest guitarist Mike Stern (another who needs no introduction) for the first solo; imagine Mahavishnu without the violin and you’ll be close to what’s going on here. One almost has to believe that the eight-minute title track that follows was influenced to some degree by Happy The Man, the opening guitar figure and shifting rhythm has that written all over it, and again there is an early Mahavishnu influence at work as well, not as hard-fusion as “ILW” but effective and tasty nonetheless, and Dey turns in a lengthy and impressive bass solo followed by Rudess on electric keys before the whole band gets back to business. The album’s second cut “Queen Kanya” also seems to have some of that same influence, but perhaps as much traditional Indonesian elements worked into the fabric as well via the melodies and a short break of Kecak style chanting that Minnemann follows splendidly, plus numerous wild and beautiful guitar solos. “Hyang Girl” is another heavily traditionally influenced piece that features Indonesian female vocalist Soimah Pancawati, one of the true gems of this set, spiced with elements of jazz and rock via piano, bass and Budjana’s lucid guitar solos and guidance of the everpresent Minnemann. Despite all the variety present Mahandini turns out to be a surprisingly cohesive set of compositions, even those written by Frusciante fit in well with the Budjana compositional ethos, and it is perhaps his strongest offering to date.