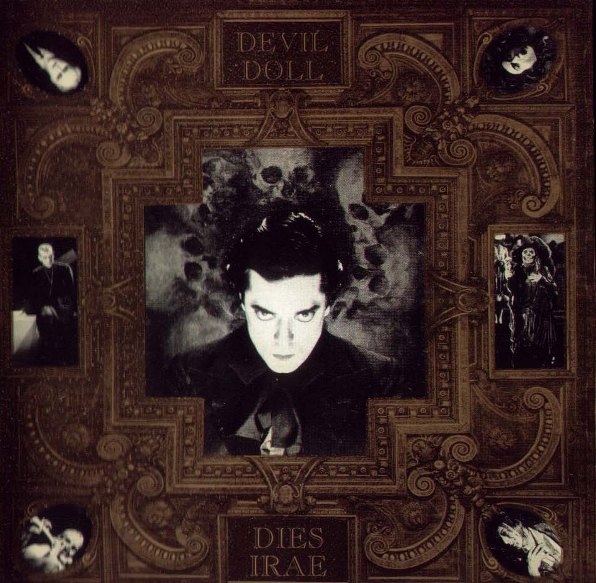 Proceed with extreme caution. If you love symphonic progressive rock with a nasty, sinister edge, Devil Doll may be the band you've been waiting for. Fronted by the inimitable Mr. Doctor on vocals, this band continually puts out albums that sound like they were made for some spooky movie soundtrack. Dies Irae is no exception, furthering the sound displayed on the ominous Eliogabalus album from a couple of years back. If anything, this new album is even more challenging, with multi-layered operatic vocals providing additional textural variety to this terrifying tour-de-force. Consisting of eight musicians, Devil Doll boasts three keyboard players (on organ, piano, and synth, respectively) along with a violin player. These instrumentalists provide the majority of the atmosphere accompanying Mr. Doctor's doomy visions. Mr. Doctor himself often sounds like the voice of a troll trapped in a dungeon, loudly whispering his texts with a piano ostinato background. The rest of the band then usually kicks in with a devilishly playful abandon, supplying a blackly humorous counterpoint to the quiet vocal sections. The album consists of one extended piece, separated into 16 equally doomy sections. No particular segment of the piece stands out; the album is uniformly scary, dramatic, and epic-sounding. Highly recommended to those who liked their last album, or anyone to whom the above description sounds appetizing. All others should tread carefully, however. This is heavy stuff that takes no prisoners.