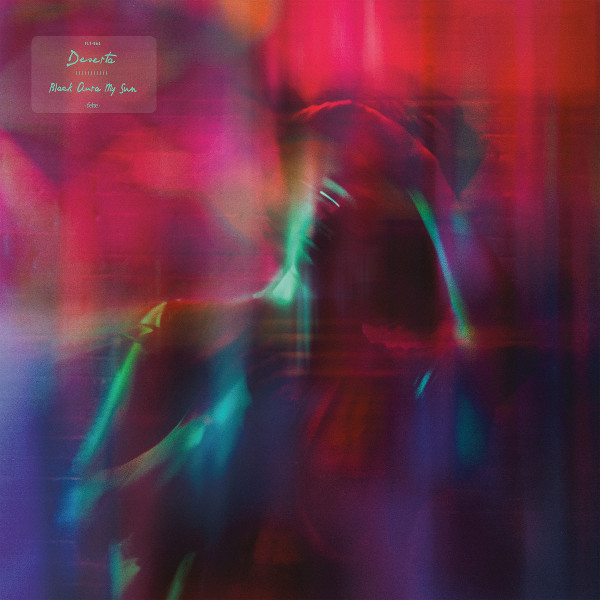 Matthew Doty, aka Deserta, is a Los Angeles based songwriter and multi-instrumentalist (guitars, bass, keys, electronic percussion, and effects / atmospherics) who was a member of post-rock band Saxon Shore; after their fourth and final 2008 album It Doesn’t Matter, Doty decided to go it all alone, and Deserta is very much the resulting solo endeavor. Though it took a bit of time, his first batch of songs evolved over several years into this debut album Black Aura My Sun, a collection of seven tracks that vary from dreamy and drifty to upbeat and energetic. We are definitely in shoegaze territory here; the sounds of heavily effected jangly guitars and synths blend freely with his muted and mysterious vocals, often riding below the surface of the overall mix to a point where the lyrics are nearly undecipherable, though that’s not always the case. The entire mix seems to be blanketed in a swirling cauldron of studio effects, with deep bass pulses and drums (electronic or programmed) punctuating the infinite wall of guitars and keyboards. Standouts include the track “Hide,” which moves out slowly, building in strength and curiosity as it proceeds over its near seven minute duration. “Monica” is a more catchy and upbeat number that explodes over an interesting beat and breathy vocals that seem to be subtractive in the overall mix of sounds. Opener “Save Me” starts with a subtle three chords repeating before it evolves into a slow, gentle shimmering ball of light and power. Presentation of the material here is very reminiscent of 90s Projekt bands like Lycia, but with even more dense and beautiful textures. I’m a little more partial to the slow moving pieces that make it easier for a listener to completely immerse themselves in the sound. Yes, I like it. A lot.

Acid Mothers Temple & The Melting Paraiso U.F.O. - Have You Seen the Other Side of the Sky? – Makoto Kawabata and his band of madmen have been recording as Acid Mothers Temple for several years and their catalog is enormous. Many of their releases are long, unlistenable, cacophonous assaults....  (2007) » Read more