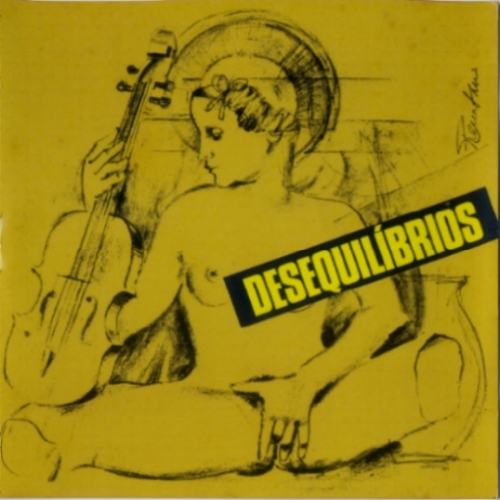 Desequilíbrios is Fábio Ribeiro's other band. Unlike Blezqi Zatsaz, they sound less like "Fabio Ribeiro... oh, and three guys backing him," and more like an actual group. Guitar is evenly balanced with the keyboards here, and even the bass player gets a chance to solo on one track. There are also vocals, by one Paulo Preto, whose hyper-histrionic style recalls such French bands as Ange. The overall style, however, is neo-prog, and does bring Marillion to mind. But with Ribeiro's very classically-influenced keyboards and writing style, and some surprising Gentle Giant-like twists and turns here and there, it's easy to say that this is not a straight, boring neo-prog album. Truth be told, I did not fall in love with this album, but I do appreciate that Desequilíbrios were trying something different to seperate themselves from the pack. I'm certain many will enjoy this. (Mention must also go to the cover drawing, which some may find tasteless and offensive.)