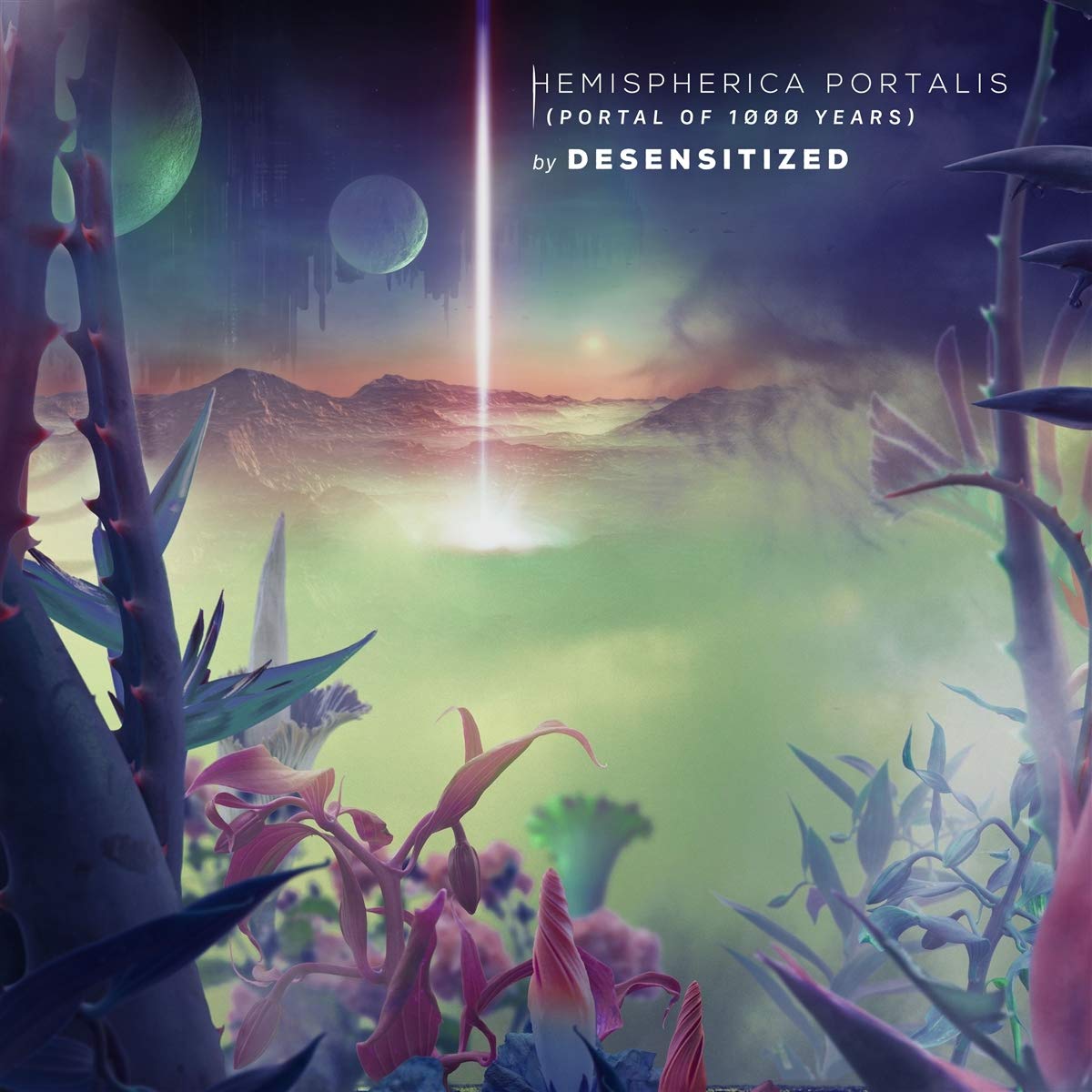 Who thought of that name, Desensitized? It almost sounds like when one loses their sense of hearing, smell and touch. But nothing could be further from the truth – one listen to Hemispherica Portalis and your senses will be alight like never before. For those familiar with the Spotted Peccary stable of artists, Desensitized is a new collaborative project between two of the label’s most revered artists who should need no introduction: Dean De Benedictis and Deborah Martin, the latter with close to a dozen recordings on the label (including several excellent collaborations), the former with somewhat less, though De Benedictis also records under the moniker Surface 10. Together, as composers, arrangers and ambient sonic explorers, Martin and De Benedictis are masterful sound painters that each bring their own elements to bear in the collaborative process. Both use synthesizers, electronics and software instruments, along with occasional acoustic elements like flutes, hand drums and percussion to bring their compositions to life. The opening title track (translated: “Portal of 1000 Years”) sets the stage beautifully during its seven minute duration, with shimmering earthy flutes and other mysterious sounds all treated in a wonderment of studio effects that pulls the listener into another world. It’s best to just appreciate the result for what it is, and not try and over-analyze the sound, but from my knowledge of both artsts previous recordings, I suspect that De Benedictis is responsible for much of the textural and explorative elements, while Martin is imparting the dreamy and colorful melodic patterns, both intertwining throughout the album’s seven long and immersive tracks. Most of the pieces are imbued with both very delicate and subtle edgy elements, as well as soft dreamy soundscapes, occasionally even carrying forward with a steady percussive beat. While any element might have the listener’s attention at any given point in time, there are always a multitude of ideas being committed to the many layers of sonic fabric, and the next time though one might hear it differently. The gentle approach is soothing, but this isn’t going to lull the listener to sleep because there is always something interesting happening to hold the listener’s attention.