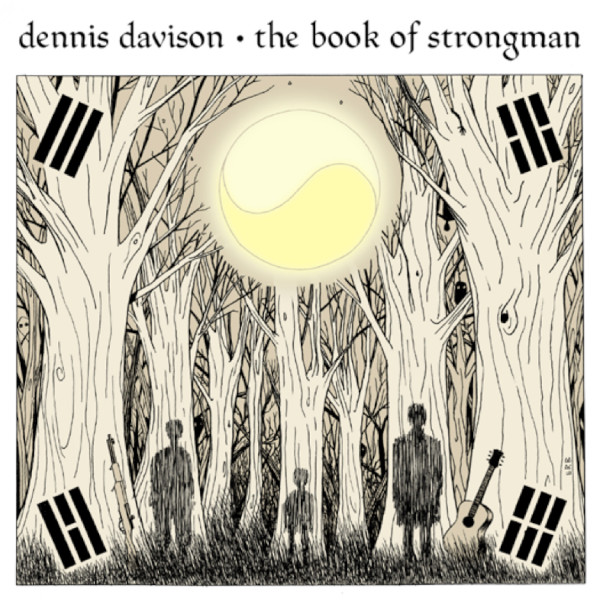 The first thing I noticed about this new debut solo album from Dennis Davison is the pseudo yin yang and the I Ching characters in the cover art. The four characters represent the basic elements of earth, water, fire, and air. But for the life of me, the significance of the relationship of these spiritual symbols to the ten songs on the album is baffling. For those of you like me who are unfamiliar with Dennis Davison, he was the lead singer and songwriter for the Grammy nominated band The Jigsaw Seen, who released nine albums. Dennis’ work can be heard on numerous TV shows and films such as Futurama and Shameless. What we have on The Book of Strongman is a collection of indie-psych-pop tunes, with elements of dirge rock, gothic rock, cheesy electronics, dub, acid folk, and noise. The origin on the bizarre closing track,“What the Hell Is That Noise?” dates back to 1980. Back in high school Davison and his long time friend Kevin Mackenzeie were an experimental duo called Bizarre Trolls. Kevin had placed his calculator on top of an AM radio, causing a blast of white noise that they recorded on cassette. Returning home from work, Davison’s father exclaimed, “What the hell is that noise?” So the final track integrates the white noise with its interacting harmonics and a mechanical / robotic sounding song. Davison has a mellifluous voice that adds to the enjoyment of the songs. My favorite track is “Aberdeen Vista.”

Its Name Is "Rose"