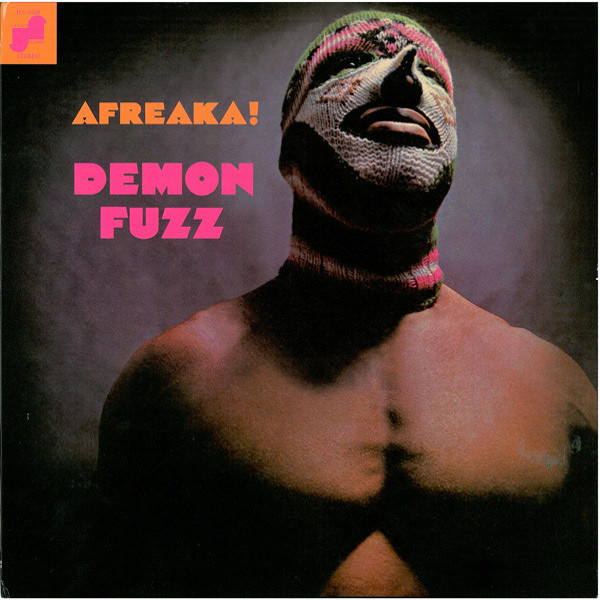 Demon Fuzz was a brass septet hailing from the UK, led by woodwinds man Paddy Corea, who spent time on the UK jazz circuit most notably backing Wilson Pickett on his British tours. An electric fuzz bass solo from Sleepy Jack Joseph opens the beginning track, “Past, Present and Future,” showing the group as it establishes a good groove with a wah-wah trombone solo from Clarence “Brooms” Crosdale. Hammond organist Ray Rhoden leads the main theme for “Disillusioned Man” before lead singer Smokey Adams croons his first set of lyrics. The group relies on bluesy riffs and R&B stylings to impart a solid groove propelled by drummer Steve John. Unlike many other British jazz-rock outfits of the day, the inclusion of Hammond organ contrasts smoothly with the Moroccan rhythms the band soaked up while on tour in Africa. “Mercy” even includes a middle jam section much like Santana (and even the Stones) would incorporate later. The band’s version of Screamin’ Jay Hawkins’“I Put a Spell on You” is one of three additional bonus pieces, and is convincing for its simplicity and passion. The remaining two songs follow along in a similar vein, with riffing blues guitar, tom-toms, and organ stabs that root the pieces for Corea’s charts. The group was originally on the Dawn label in the UK, and suffered with lack of promotion like many talented acts of the day, only to wind up in semi-obscurity until rediscovery by Mark Powell and Esoteric.