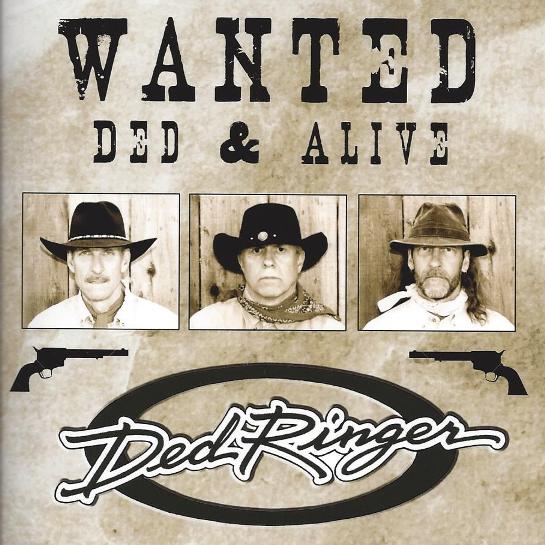 The three outlaws from San Jose just rode back into town, the fresh smell of gunpowder following them, and the law is probably not far behind. Back to a trio again, guitarist and singer Bob Maddoux leads the gang, with Julio Garcia (bass) and Steve Lafond (drums, vocals) supporting, leaving seven previous albums at various landmarks along the dusty trail. Throughout we hear the band doing what they do best, straight up classic rock driven by catchy riffs and peppered with invention. And do not be misled by any part of the title – this is a studio album beginning to end. Ded Ringer has tricked us before too, by titling their third album Seven. “So Cliché” opens the show with maximum firepower and memorable riffage, with lyrics brilliantly comprised exclusively of tired cliches. “As Good As It Can Be” chugs along nicely leading up to a classic refrain that might just get stuck in your head for weeks, along with a blistering guitar mid-section. Not far up the road is “Julio’s Place,” a snarly rocker with swagger and attitude, and some great slide guitar licks going down at the break. “Daily Grind” is an anthem for all those who spend their lives working for a living and not liking it much: “Every day I wake up, I find it hard to take, pushin' to the limit, for the pennies that I make...” The requisite instrumental “OMG!” starts off deceptively slow, then breaks into an all-out guitar assault sporting hints of Rush. One cut of special note is the bluesy and soulful “I Cried for You,” where Maddoux’ daughter Samantha guests and belts out some mighty impressive vocals. The band has their direction under control again after some stylistic experimentation last time out, and Wanted... could easily be their best effort yet.

Blow up Hollywood - Fake – I’m sure they intend the band name to be interpreted as a command to attack Hollywood with explosives (sort of like “Kill Your Television”), but I choose to take the other meaning, imagining a...  (2005) » Read more