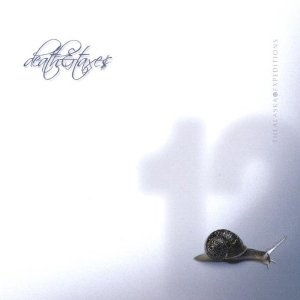 It would be easy to recommend this album based purely on the circumstances surrounding its release. What started out as the next D&T album turned into a completely different and ultimately more powerful record after bass/Stick player Tom Shannon’s passing due to brain cancer in 2002. With most of the material written and some initial sessions in the bag, guitarist Vince Martinez recruited new drummer Dean McCall and a host of friends in the SoCal music scene to help finish off the album. Shannon’s presence is strongly felt across the entire album, both lyrically and musically. “Death:Theory” (featuring improv outfit Bag:Theory) includes his own words written shortly before his death and the solo bass recording “The War Against Mental Atrophy” captures Shannon’s efforts to play despite his deteriorating health. The album also includes songs replete with D&T’s typical stew of rock, metal, prog, and funk that to my ears blends the dark heaviness of Tool with the L.A. funk of Red Hot Chili Peppers and the avant-prog rock of The Mars Volta. The material shifts into newer directions with the gorgeously uplifting Martinez piece “Revolver” and the funky blues waltz of “Death:Theory.” Things get downright eerie in places, such as a Shannon’s brief stage introduction that opens the album or the tolling church bell that accompanies “Terrifying Anticipations of the Unspeakable.” The album closes with a short demo recording by Shannon and Martinez that perfectly concludes this tribute to a musician that many will miss and few will soon forget.