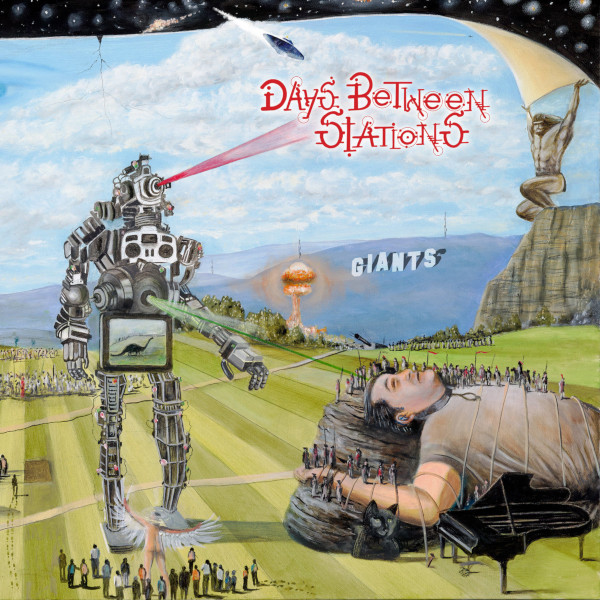 I was not familiar with the band Days between Stations before Giants arrived, but a little research turned up the interesting fact that both Peter Banks and Rick Wakeman appeared on their previous album, In Extremis (2013). Add in Billy Sherwood, and you have three musicians who have been part of Yes, and Paul Whitehead’s cover art brings in Genesis. Colin Moulding of XTC sings one track, and Tony Levin contributes some Stick as well. For this new album, Sherwood and Moulding are the well-known guests, and Whitehead is back on the cover. Giants features seven tracks, two of which top the ten-minute mark, and aside from Sherwood’s Squire-influenced bass, the sound is not overly Yes-like. The band’s core is the duo of Oscar Fuentes Bills (keyboards) and Sepand Samzadeh (guitars), and Sherwood also handles all the drums and vocals barring one track each for Moulding, Durga McBroom, and Inid Abiza. The music fits into the classic 70s style, though it doesn’t emulate any one band in particular, with flashes of Yes, Genesis, and others appearing at times. In spite of these retro influences, I find the music remarkably fresh-sounding, which is a credit to both the compositions and Sherwood’s production. Fuentes gets in some great synth solos in addition to a full complement of chording on organ, piano, Mellotron, and the rest. Samzadeh’s guitar work is great as well, and his acoustic playing on “The Gathering” is especially nice, coming off like a more assertive Anthony Phillips. For fans of classic big-P Progressive Rock, Giants should be a winner, and even jaded listeners who have been around since the origin of the style should be able to find things to like here.