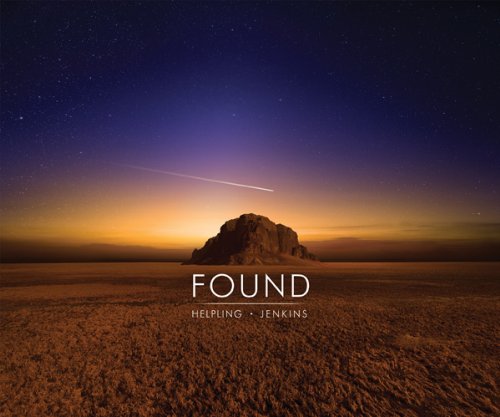 Found is the third and final installment of the trilogy collaboration between Spotted Peccary mainstays David Helpling and Jon Jenkins that began with 2007’s Treasure, and continued with The Crossing in 2010. All three maintain a similar style and production quality, while introducing new melodic themes and ideas. Using piano, synthesizers, guitar, and percussion, the sound comes across much like a soundtrack to an epic film production, in general encompassing a lush cinematic grandeur that is as much a product of the composition and playing as it is studio ambiance, textural effects and the trademark ‘Spotted Peccary’ production techniques. Close your eyes and let your imagination wander wherever the music takes you. The ten compositions range from slightly bombastic power moves to shimmering layers of introspective color and delicate sonic panoramas, treading a path that balances symphonic rock power with classic electronic ambiance, yet truly it is neither, existing completely within its own world. Most of these ten tracks are completely instrumental, the exception being the title cut where Miriam Stockley provides some emotional and beautiful wordless vocals, making it one of the disc’s immediate standout cuts. Hints of vocals exist on “Lost” and some of the other cuts as well, but apparently these moments are just the result of studio processing of the other instruments. The album’s longest cut, “Only Ashes,” breaks the thirteen minute mark, offering a glimpse into a more floating ambient textural world with compelling melodic fragments just under the surface that hints of artists like Erik Wøllo or the earlier work of David Parsons. All taken, this is the fluid of imagination that gently draws a listener in.