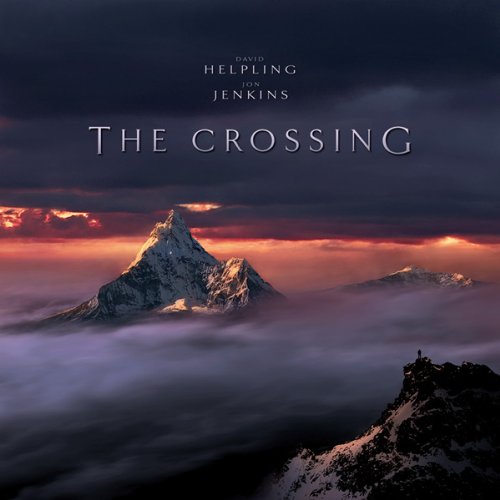 Around three years ago, Helpling and Jenkins’ initial collaboration Treasure (reviewed in # 35) initiated the journey that continues here – not just a protraction or sequel, but an inspired ascendancy that takes it all to the next level. Eleven distinct vignettes offer lush and colorful symphonic soundscapes, a cinematic approach blanketed in warmth, graduality and simmering intensity. Gentle streams of overt melodics juxtaposed with rhythmic support are embellished with power as each piece culminates into vivid sonic peaks. No harsh or sharp edges here, the overall approach is to present the melodic imagery through a soft-focus lens, seamlessly blending the foreground into its surrounding textures and atmospherics. The process is mysterious and evolutionary, most of the pieces developing from relatively simple ideas into magnificent spectaculars through multiple layers of meticulously applied textures. The palette of instruments used is not provided, although one might suspect an array of synthesizers, sequencers, hand drums, percussives, the occasional guitar, and most importantly the studio itself, all in the hands of these two diligent master soundtrack creators. For those unfamiliar with Helpling and Jenkins’ earlier collaboration, or any of the array of prior releases to their individual credit, this is a perfect place to embark. Recommended.