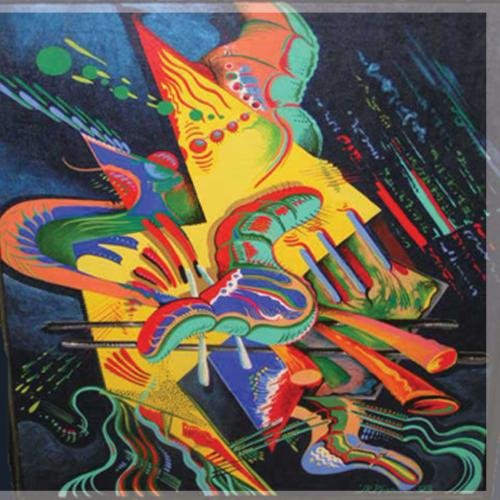 David Bagsby’s latest release, Hallucinographs, is an electronic album created from just one synthesizer and a drum machine. Don’t let that fool you into thinking that means the music is thin or simple. The keyboard tones are multilayered, mutilated, and otherwise mashed together to form intricate compositions with swirling rhythms and warped sequenced parts. Filters play a prominent role in modifying the sounds and the filter sweeping and resonance controls are generously tweaked throughout all the pieces. In many places, it sounds like the entire mix is run through one warped filter. The songs are like a cross between drum-n-bass music and ambient improvisation. Imagine if the Hawkwind dudes were DJs at a trance club. The album consists of four long improvised tracks with the focus being on the timbre and rhythms as opposed to traditional chords and harmonies. There aren’t lots of melodies at the forefront of the pieces. The tunes are vehicles for Bagsby’s textural expressions. As such, the tones and atmosphere dominate as opposed to the specific notes being played. A drum machine pattern accompanied by a keyboard sequence is the typical foundation for all the songs. Layered on top of this are lots of modulated and often angular, twisted synth parts. For a keyboard-based album, Hallucinographs has lots of intentional noise and atonal growling. “Achy, Breaky Quark” is loaded with parts that overdrive into distortion and “You Never Know” contains some freaky vocoding sections. Play with caution around sensitive types.