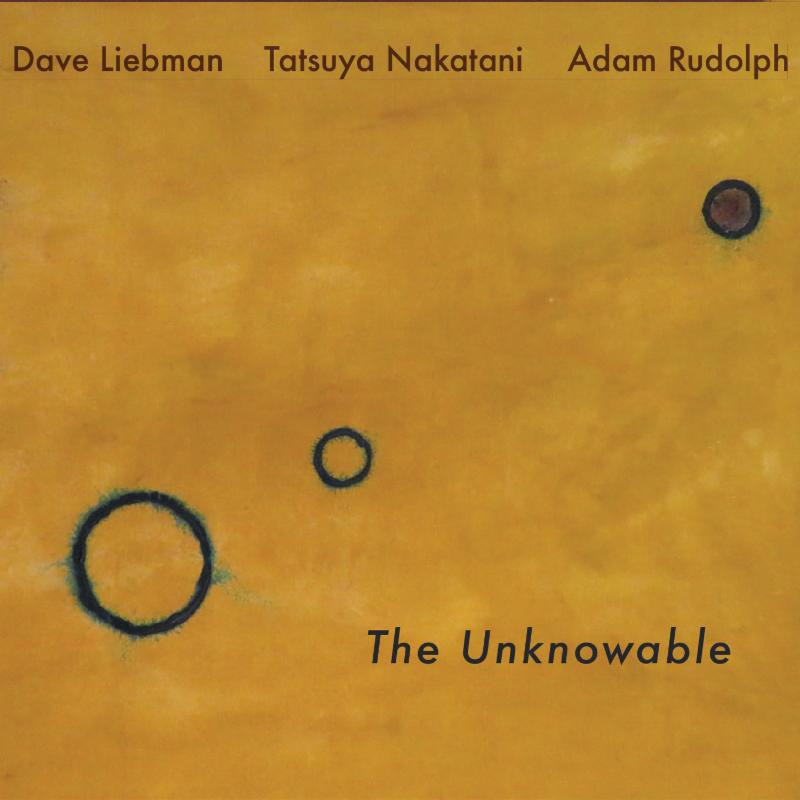 This album brings together three creative musicians into a configuration that might at first seem strange: jazz woodwind explorer Dave Liebman, who has been part of expanding the genre in the post bebop era; Adam Rudolph, a percussionist who brings rhythmic ideas from all over the world into music that straddles genres; and experimentalist Tatsuya Nakatani, who is best known for investigating the sounds that can be made by cymbals and gongs when played in unconventional ways. The Unknowable consists of 13 tracks where the musicians investigate different sounds that can be made by their instruments, as well as branching out with other instruments, including electric piano (Rudolph and Liebman), electronics (Rudolph), and drum kit (Nakatani). Liebman spends most of his time on soprano and tenor saxes, but also plays flutes (standard and Native American) and piri (a Korean double-reed instrument). Rudolph brings his usual collection of hand drums and adds sintir (a North African bass instrument), thumb piano, Mbuti harp, and overtone flute. Moods range from meditative to quietly energetic, and most do not feature a steady beat. This is subtle music for attentive listeners. Nakatani’s contributions provide many fascinating sounds created by playing cymbals with a bow (and likely other unconventional methods as well), eerie resonances punctuated by vibrations and scrapes. Backed by mostly unpitched instruments, Liebman is free to roam harmonically, and he takes advantage of the setting. The occasional use of the Rhodes provides some variety in tone colors, and is not used as a prominent soloing voice. The bottom line is that The Unknowable features a continually changing parade of sounds you won’t hear in much other music, and is an auditory feast for the ears of sonic explorers.