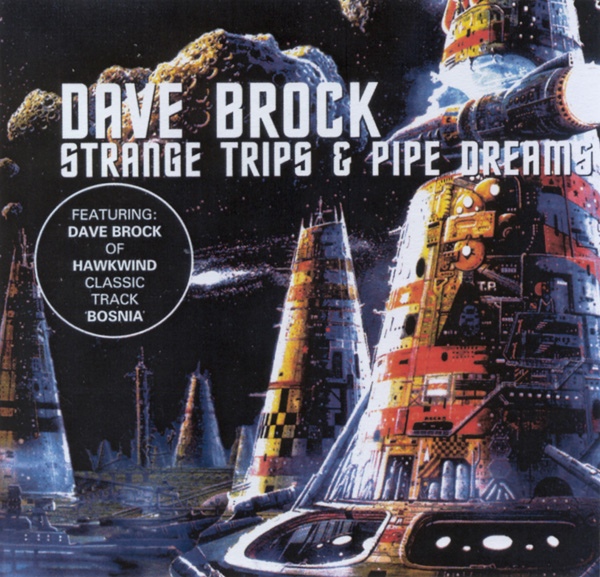 Dave Brock has been the one steady member of Hawkwind for nearly 30 years (the band's first album was released in 1971). In a band that has witnessed over 30 personnel changes over that time, Brock stands as a model of consistency and perseverance. Although Nik Turner has toured recently under the Hawkwind name, most associate the band's legacy with Brock's guitar, writing, and leadership. That said, it is hard to segregate Hawkwind's material with Brock's solo material; his material inevitably sounds like Hawkwind, for that's what Hawkwind essentially is. Brock takes a couple of detours, however. The music is primarily instrumental and a tad more experimental than the metal-minded Hawkwind has been lately. Synthesizers and guitars play an equal role, and though the CD contains no lineup information, it is safe to say the Brock likely handles most if not all of the instrumental duties himself. The drum patterns sound mechanical and programmed (which is not a vice in the Hawkwind kind of sound), and Brock has proven himself able on all other instruments I can think of. This album is a nice addition to the Hawkwind legacy; it continues in the current sound of the band while highlighting the more atmospheric aspect (Read: Space Rock) of Hawkwind. A nice companion piece to Alan Davey (a more recent member of Hawkwind) and his newest album (reviewed elsewhere in this issue).