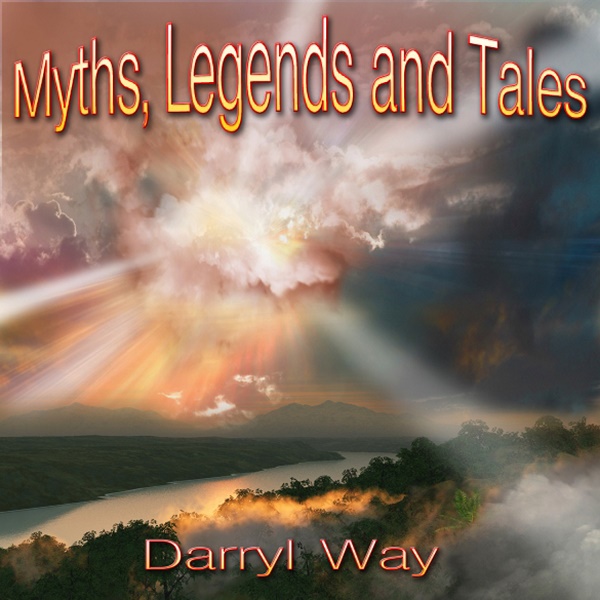 Most will know Darryl Way as the violinist and one of the founding members of Curved Air, who was with the band on their first three groundbreaking albums, and then intermittently after that while he split off to start his own band Wolf, and then went on to release a long string of solo albums, in a variety of styles. The album at hand, Myths, Legends and Tales, takes much of its conceptual inspiration from ancient mythology (offering some track titles like “Apollo (Racing against the Sun),” “Prometheus Chained,” “Aphrodite,” and “Orpheus and the Underworld” as evidence), yet there are some other songs here that don’t necessarily seem to fit with that mythological concept, and frankly that’s not a problem for me. Although I haven’t followed all of Way’s output over the years since Wolf ended in 1974, I have heard a few of his releases along the line (Concerto, Under the Soft, The Human Condition, and Verisma) and the album at hand is far more progressive rock oriented than any of those, returning to his roots as a rock violinist. The ten tracks are split between instrumentals and vocal tunes, but all feature excellent writing, arranging, and some mighty impressive violin playing, drawing from classical, jazz, and rock styles. The only credit on the disc is “This album was created in its entirety by Darryl Way” – presumably meaning all the piano, keyboards, bass, vocal tracks, drums, percussion, programming, and whatever else were all laid down by Way one track at a time; that’s probably not the easiest way to make an album, unless you are a perfectionist that wants full control of every sound, but to that end he has done an outstanding job here. The style shifts around a bit from one cut to the next, which ultimately keeps the program interesting. The somewhat laid-back instrumental tune “Aphrodite” could have easily fit in with the other material on Under the Soft back in the early 90s, while others like “Strange Goings On,” “Dove of Peace” and “Helter Skelter” definitely seem to be breaking some new ground. Repeated listens reward with familiarity, and the common thread throughought it all is the compositional savvy and the emotional drive of his playing. This is an outstanding release beginning to end.