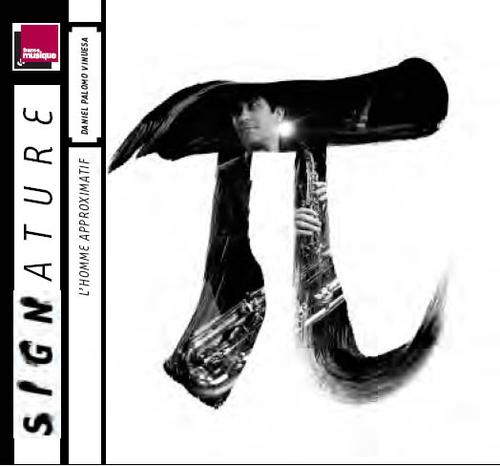 Daniel Palomo Vinuesa is a French multi-instrumentalist (woodwinds, synths, tin whistle, and guitar) who began playing various saxophones in 1977 and gained notice from his first release Le Projet being available for free on the Internet. Influenced by a wide variety of artists and genres (Brian Eno, King Crimson, Soft Machine, Carla Bley, and John Coltrane), Daniel’s second solo release L’homme Approximatif, is a mixture of free/jazz improv, electronics, and progressive rock. Four years in the making, the fifteen tracks portray several well known scientists (Nikola Tesla, Charles Darwin, Galileo, Jonathan Septimus, Pythagoras, and Poincaré). Some tracks as short as 1 minute and others as long as 15 minutes. L’homme Approximatif is a well thought out, constructed, and produced album that Daniel recorded primarily in his home studio. The disc’s duration is exactly 1 hour 11 minutes and 11 seconds, though I am not certain of its significance. This diverse musical homage to man may not appeal to everyone, though I am sure fans of experimental and/or progressive rock will find interesting music on this disc. The CD comes in a digipack with something I’ve never encountered before, a magnetic latch to keep the cardboard sleeve closed. In addition, instead of a CD booklet, there is a striking black and white foldout poster containing the track titles, credits, and short explanations of each track, but unfortunately for us English speakers, it is all in French. So if you love experimental music, L’homme approximatif is sure to please.

When the lotus looks in the mirror