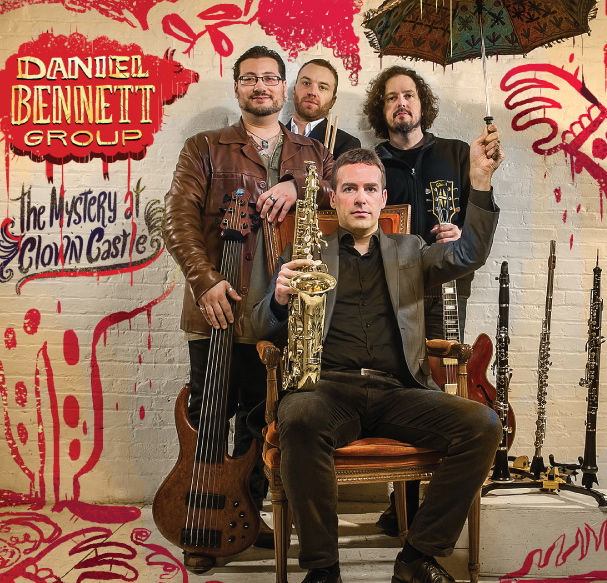 I listen to a lot of jazz, and when I do, it’s generally one of two kinds: vintage stuff in the streams of bebop, free, and electric; or modern avant-tinged recordings. Daniel Bennett falls into none of those, being harmonically rather straightforward and quite accessible on the whole. On nearly all of the tunes, the melodies are spritely and harmonized with chords uncomplicated by lots of extended notes, giving a poppish, gospel-oriented impression and avoiding even passing dissonance. The only exceptions to this are the paired tracks called “Inside the Outside Interlude” and “Outside the Inside Outro,” which go atonal and feature a bit of squawking on the sax. “Minor Leaguer” is another oddity, with spoken word vocals processed electronically. In spite of the tuneful nature of the pieces and the bouncy tempos, the music never descends into smooth jazz schlock, coming off more as a soundtrack to some kind of carnival where the participants are wearing gaudy masks and dancing to the band. I might be missing a more appropriate referent, but I’m reminded of some of Herbie Mann’s vintage recordings from the late 60s, where Caribbean styles are infused into jazz.